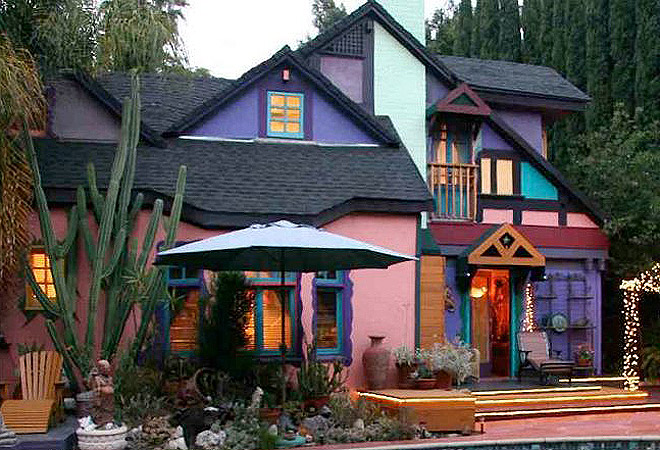 Q: There’s a wacky home on Hollywood Boulevard near Fairfax painted purple and decorated with stars. Who lives there?

A: Designer William Bergmann’s mock Tudor was built in 1912 but didn’t turn into a psychedelic shack until 2007, when Bergmann (and his partner, Nina Bauer) laid on the purple paint and started renting out rooms. Rates at Hollywood Bed & Breakfast start at $140 and include poolside chats with the artist and the groovy actress, who once appeared on Star Trek. Which may explain why their domicile appears to be from another dimension.