Home L.A. History Ask Chris: What Happened to the Hare Krishna Groups That Used to... 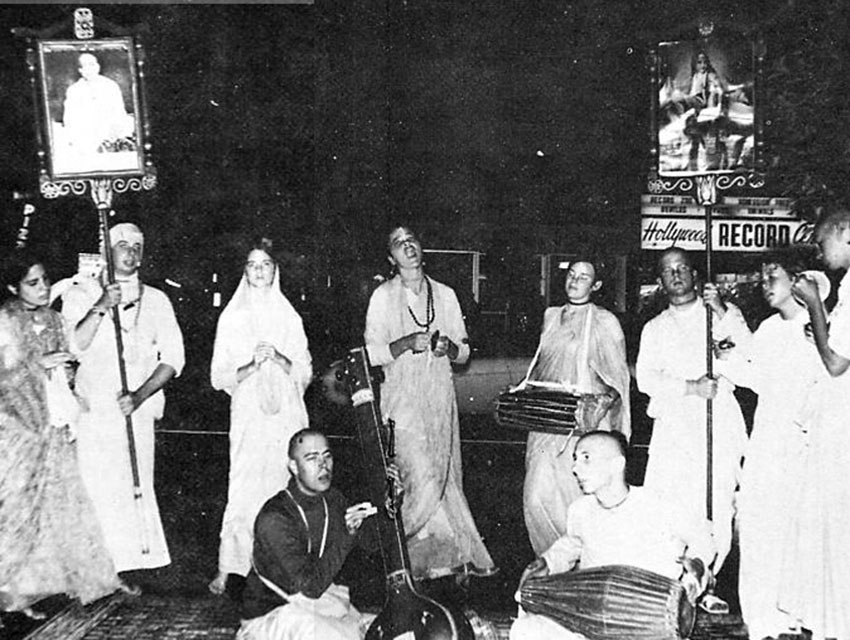 The International Society for Krishna Consciousness arrived in Los Angeles in 1970 and dispatched tambourine-shaking acolytes to raise funds at the airport (and on Hollywood Boulevard and in Westwood Village). In 2010, after 40 years of court battles with the city, the Krishnas were permanently forced out of LAX. For those seeking enlightenment, the group’s longtime home, ISKCON Krishna Temple, remains in Culver City.