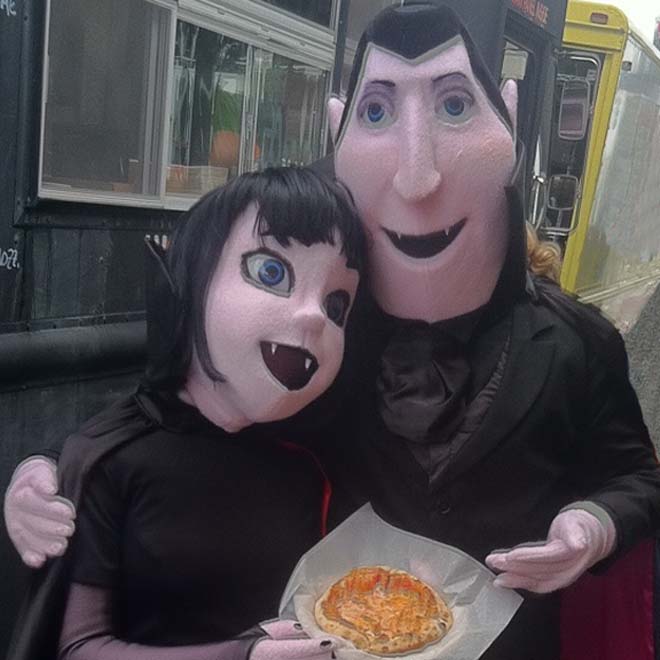 I love cartoons and was ranting to some friends the other day about how awful Saturday mornings are. I accidentally woke up too early last weekend, poured a bowl of cereal, and set out to find the 2013 equivalent of the Fat Albert or Schoolhouse Rock and saw nothing but cooing blobs and soothing sounds for baby. Then this weekend I went to a DVD release party for Hotel Transylvania and saw the other end of the spectrum: the aspirational teen, the role model… what with the rap music and the boyfriend and the freedom. It reminded me of the Barbie/Bratz debate and got me thinking about how most cartoons today cater exclusively to infants and preschoolers and then Hotel Transylvania jumps straight to junior college. Oh sure, there’s a ton of good weird stuff on Adult Swim and Fox, but when did the networks start to imagine that kids disappear between 1st grade and high school? The Hotel Transylvania event looked like the Consumer Electronics Show, with new apps and computer games filling the lobby. I would imagine these products compete for the kids’ attention as much as the big screens that the Chinese TV company that bought the rights to Grauman’s Chinese are hawking. Don’t they know home theaters will be the death of movie houses? I’m feeling all Andy Rooney this week! Thank goodness for the short film presented before Hotel Transylvania, a beautiful, goofy, cartoony cartoon called Goodnight, Mr. Foot. It was a great antidote to the slick and bloated feature it’s attached to and just what I was looking for.