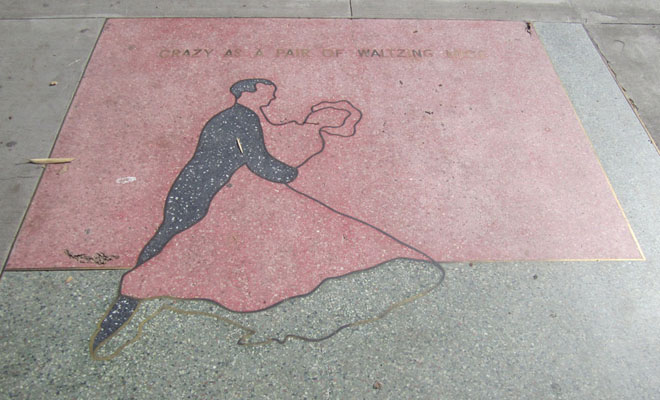 Q: A terrazzo square in MacArthur Park has an image of a dancing couple. What is that?

A: You may think it’s a misplaced homage to Dancing with the Stars, but Crazy as a Pair of Waltzing Mice is one of three 1986 public artworks by Venice-based collage artist Alexis Smith named after a line from a Raymond Chandler novel. When the piece was unveiled, Smith said the work “commemorates losers instead of winners.” Philip Marlowe would approve.