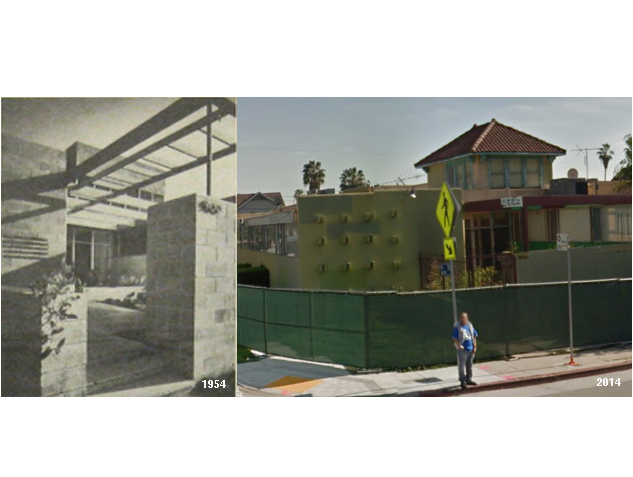 A brick wall will not last long without mortar, and special little buildings like this one are the mortar between monumental landmarks in the city. Architect Kemper Nomland designed this doctor’s office on Crenshaw near Olympic in 1954 and it survived remarkably unchanged until recently when it was demolished for an apartment building.

Nomland designed schools and public buildings, and worked with some of the best-known architects in Los Angeles, including A.C. Martin, John and Donald Parkinson, and Sylvanus Marston. He is perhaps best known for a Case Study House he designed with his son in Pasadena in 1947. I don’t advocate for the preservation of every mid-century building, but this one was intact and elegant and deserved an examination by Survey L.A., the city’s effort to document historic structures. We have plenty of awful buildings I’d rather see become apartment houses.