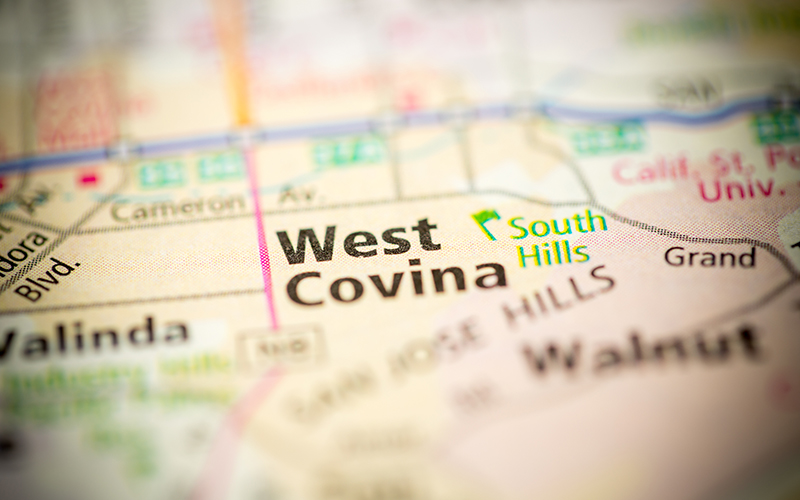 A little bit of Las Vegas might be coming to one of L.A.’s sleepiest suburbs in the near future. A new proposal aims to transform an abandoned landfill in West Covina into a global entertainment destination complete with a zipline attraction and virtual reality rides.

“It would be great to have something like Universal Citywalk or Downtown Disney that draws people from all over,” city manager Chris Freeland said. “You go to Las Vegas and people are ziplining down Fremont Street and the Stratosphere has a roller coaster up top. If we can create something unique but on a much smaller scale… There’s nothing like that in the San Gabriel Valley.”

The former BKK landfill in 2013

The site of the proposed park has been controversial for generations. BKK landfill opened in 1963 when the neighborhood was mostly dairy farms. For 16 years they accepted toxic materials including vinyl chloride, asbestos, and infectious hospital waste. Owner Ben K. Kazarian was a third generation garbage man, with a history in L.A. dumps dating back to the 1920s. The city of West Covina spent decades trying to shut him down and create a regional park and later a golf course. They finally purchased the land in 2007.

Singpoli, the Arcadia developers that transformed the Hotel Constance in Pasadena from a dreary old folks’ home into futuristic lodging, have an exclusive deal with the city and must submit plans within 90 days for the 200 hilly acres nestled between the 10 and 60 freeways.

“Our idea for this site goes well beyond recreation,” Singpoli president and CEO Kin Hui said in an email. “Our master plan will include a hotel and retail space as well as a performing arts center, a community art center and a K9 training facility.”

“There’s not going to be Disneyland-type rides,” says Singpoli spokesman Frank Girardot. “It’s more virtual reality. Amusement park is a bit overstated.” Singpoli president and CEO Kin Hui told the San Gabriel Valley Tribune that the park would “Attract tourists from all over the Americas and Asia and other parts of the world. This will give West Covina a prominent place on the world map.”

“West Covina is still known as a suburban bedroom community but this could bring a lot more participants into it,” Freeland said, remembering the bump the city got as the setting for the TV show Crazy Ex-Girlfriend. “They showed The Lakes and Big League Dreams ball park and we gave them the key to the city.”

Singpoli is teaming with Lan Kwai Fong Group of Hong Kong, which has created entertainment destinations in China including a new attraction with DreamWorks Animation and Ocean Park, the largest theme park in Asia.

“It’s such an interesting idea,” Freeland says. “We want to hear it out.”

How will this fantasy park transform the placid beige ‘burb? “I love going to the beach,” Freeland says. “But we don’t have the beach here. Who knows? With virtual reality, maybe they’ll bring the beach to West Covina.”