Home Uncategorized 50 Years After “I Have A Dream,” Martin Luther King Exhibit Opens 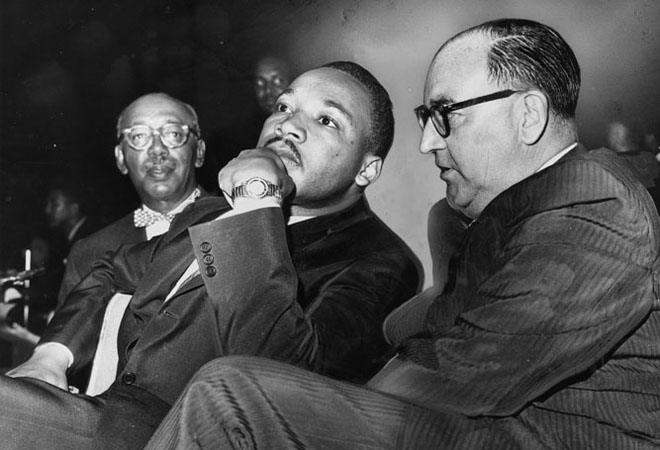 Fifty years ago today, Martin Luther King, Jr. led more than 200,000 supporters to Washington, D.C. and gave his famous “I Have A Dream” speech. President Obama, Oprah Winfrey, and veterans of the original March on Washington gather there again today to memorialize Dr. King and to continue his dream. The Los Angeles Public Library is showcasing photos from King’s visits to Southern California in the new exhibition King, The Kennedys, and Los Angeles. Some of the images have not been seen since they first ran in the Herald -Examiner and other local papers half a century ago. In the photo above, 32-year-old King is seen with California Governor Pat Brown at the Sports Arena in 1961.