Home Architecture An Ode to Alhambra 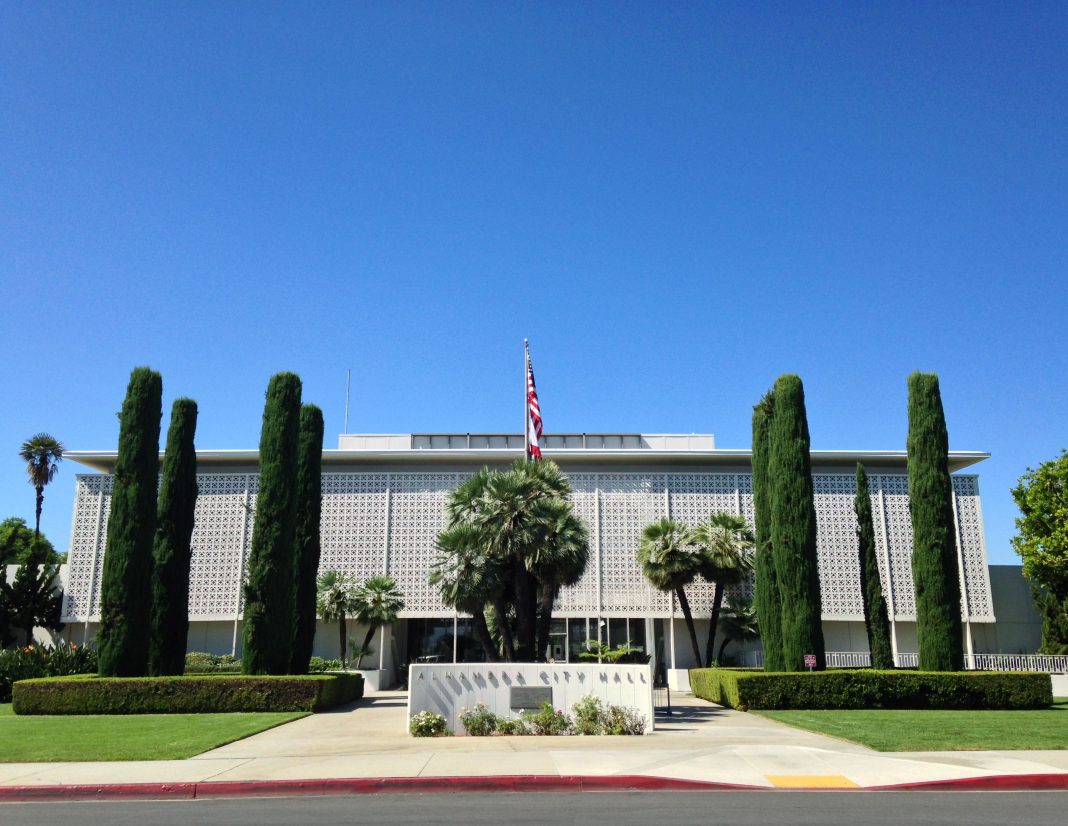 I spent this morning at Alhambra City Hall digging through ancient building permits. The secrets of every building live in fountain pen scratchings that have long outlived the plumbers and electricians that filled them out generations ago. The civic center complex, built over a half-century and linked by a garden of neon green grass and chop-top cypress, is superb.

At its center is the New Formalist City Hall designed in 1960 by William Allen, who also brought us the government centers in Burbank and South Gate. Historian Alan Hess compares Allen’s work to that of Edward Durrell Stone, the master of baroque modernism, who also made excellent use of concrete block screens in garden settings. Go see Stone’s Stuart building in Pasadena sometime. A Noise Within theater is staging The Tempest there this week.

Visiting a post 9/11 City Hall is worse than a day at the DMV, but this gracious garden of good government felt like a trip to the World’s Fair.