Home Ask Chris Who Are Those Kids Frolicking on the Walls of the Hollywood Freeway... 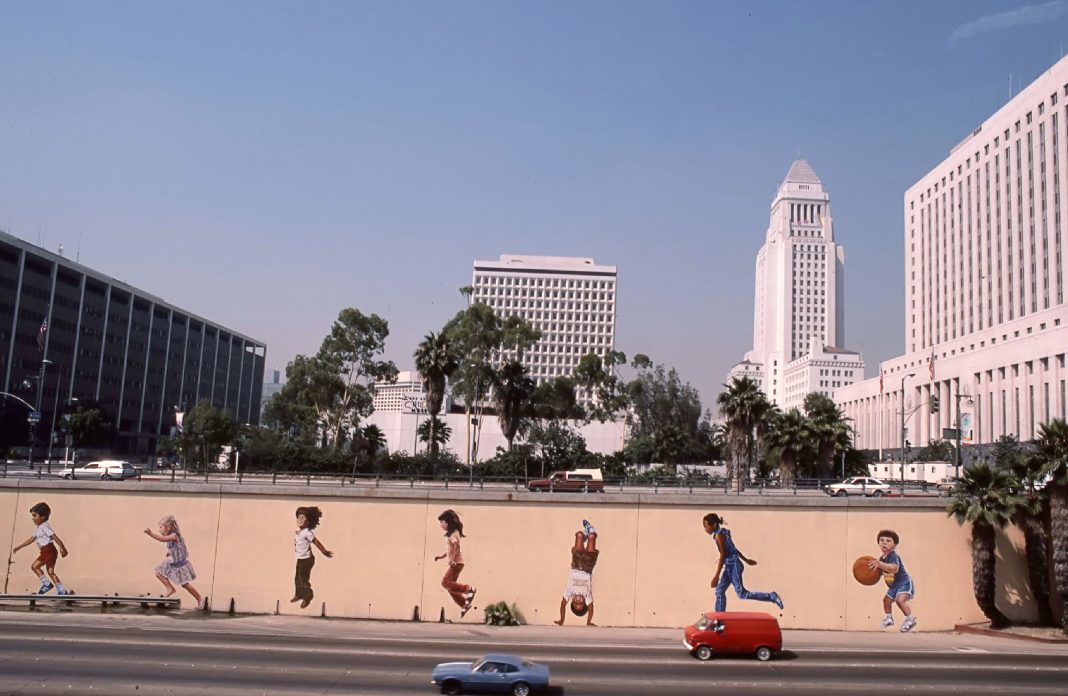 Q: Who are those kids frolicking on the walls of the Hollywood Freeway downtown?

A: The seven running, jumping tots depicted in Glenna Avila’s masterpiece are among the last remnants of a mural program commissioned to welcome the 1984 Olympics to L.A. The artist borrowed the kids from her family and friends. Her nephew Joseph is now a musician, cousin Jana is an aerospace engineer, and nephew Greg is starting a hemp farm in Kern County. Yuriko is a special-ed teacher; Kevin, a TV producer; Misty, a teacher in Pasadena; and the toddler, Gabriel, now a burly contractor in Glendale, still smaller than his 18-foot image.

Q: Where do TV doctor shows get the scary organs displayed on surgery monitors? Whose colonoscopy am I watching?

A: Due to health-care privacy laws, set designers often have to fake surgeries digitally or use old-fashioned movie magic like plastic tubing and red food coloring. Some shows prefer pig organs from medical research companies since they most resemble human ones. As far as colons go, almost everyone has taken a peek at Dorian Weber’s. The enterprising Austrian photographer begged his doctor for footage of an old procedure. He now earns a small fortune selling the gory images to TV and movie productions at $4,300 a pop. But don’t get any money-making ideas.

Q: Pacific Design Center. Why? What was there before that?

A: An endless parade of ailing streetcars and buses once rolled through West Hollywood’s Sherman Yard, which served as a municipal repair and maintenance facility from 1896 to 1974. Eager to upscale those 19 prime acres, developers came up with the idea for 1.6 million square feet of interior-design showrooms offering fancy wallpaper, home elevators, and chairs ranging from Chippendale to Hepplewhite. Today the site of the old repair shop is the premiere design showplace on the West Coast.

RELATED: Why Are So Many Car Commercials Shot on This L.A. Bridge?