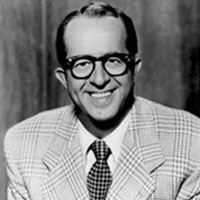 Today is the 100th birthday of the late comedian Phil Silvers. I’ve been celebrating by watching some of his clips on YouTube. The actor, known for his parts in Damn Yankees!, A Funny Thing Happened on the Way to the Forum and as Sgt. Bilko in The Phil Silvers Show, lived alone in a Century City apartment when he died in 1985. I love the tension in his patter, the speed at which he delivers complicated dialogue and the wacky cast that always surrounds him. One of my all-time favorite cartoon characters, Top Cat, is based on Silvers. The former vaudevillian and Catskills comic kept on plugging away into the 1970s with parts on The Love Boat, CHiPs, and Happy Days.  I ran into an actor friend over the weekend that insisted I would love the Sgt. Bilko routine of comedian Mickey Joseph. I jumped all over it, but Joseph has hung up his sergeant’s stripes and relocated to Las Vegas where he now stars as Joey Bishop in the musical production The Rat Pack is Back. Maybe somebody will make a musical based on Silvers. I’d go AWOL to see that.