Home Uncategorized What Kind of Immigration Reform Could Work for CA and Los Angeles? 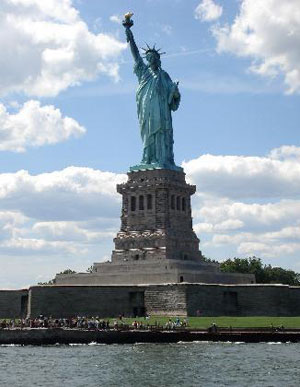 Although the enactment of Arizona’s SB 1070 may have sparked renewed discussion of the need for immigration reform, Los Angeles surely understands that a state or local attempt to regulate immigration or immigrants is not the right approach to the issue. While Los Angeles may be an ever-evolving “unfinished city,” memories should be long enough to recall the failed experiment of Proposition 187, a voter initiative championed by then-Governor Pete Wilson that was struck down as an unconstitutional attempt to regulate immigration, a task assigned exclusively to the federal government. Enactment of that initiative cost the state tens of millions of dollars even though it was never implemented as a result of the successful court challenge. Thus, first of all, even though Arizona’s misstep may have led some politicians to mimic Arizona’s Jan Brewer, Los Angeles should know that immigration reform must be enacted at the federal level.

Los Angeles, whose very name reflects its Mexican and Spanish origins, has always had an ambivalent relationship with its Latino populace, now amounting to half of the city’s and county’s residents. Even before the United States began to formally regulate and restrict immigration from Mexico, the nation and Los Angeles alternated between welcoming Mexican immigrants for their ongoing critical contributions to the economy and driving them out of the country, often through legally and morally questionable means. Three quarters of a century ago, Los Angeles officials participated in the mass removal of thousands of Mexican American residents, including many United States citizens. Unfortunately, this was not the last instance of railroaded mass “repatriations” to Mexico. Other immigrant groups faced equally egregious acts of exclusion or removal in California.

Therefore, if only from complicity in these historical wrongs, Los Angeles should recognize the importance of immigration reform that reinforces national constitutional values of non-discrimination, fairness, and due process. This means providing a pathway to citizenship for the millions of immigrants who have contributed to our economy, culture, and polity without legal protection. It also means amending our future immigration system so that the waiting period to immigrate legally does not vary based solely on an immigrant’s country of origin, as is the unfortunate case with today’s immigration system. And it means introducing greater due process protections in our immigration courts and better systems to prevent civil rights abuses in our immigration enforcement efforts.

More specifically, because Los Angeles has long been a leader in creating the educated workforce of tomorrow, this region should recognize the importance of the DREAM Act, which would immediately provide a means for undocumented youth who came here as children and who have done well enough to go on to university education to receive the protections that would permit them to contribute to our developing economy. Because we know the importance of agriculture, Los Angeles should also see the value of the AgJobs bill, providing protections and a pathway to citizenship for those who toil in our fields. And, valuing diversity and knowing the importance of family, Los Angeles should recognize the significance of the Uniting American Families Act, which would provide equity to same-sex couples and their families in our immigration system. These are among the critical and urgent features of the progressive immigration reform that Los Angeles should embrace.

Legal immigration is the lifeblood of our nation—economically and culturally. Illegal immigration, however, has grown into a human rights crisis characterized by a wave of drug violence, murders, kidnappings, human trafficking and immigrant exploitation by unscrupulous employers. It tears at the moral fabric of our society, and its social and fiscal impact is seen in every aspect of American life. The federal government, state legislatures, counties, and cities are obligated to enforce the law for individual rights to be respected.

Effective immigration reform must include vigorous border enforcement, an end to no-cost cradle-to-grave benefits the federal government mandates that serve to incentivise illegal immigration, and reimbursement for costs incurred by local governments. In Los Angeles County, illegal immigration costs taxpayers nearly $2 billion dollars a year—not including the billions spent on public education. In addition to hundreds of millions for welfare and food stamps for legal-born children of illegals, our bankrupt health care delivery system has become an HMO for the world, and criminal illegal aliens are overwhelming our justice system.

A bonded-guest worker program, cooperative medical centers on the Mexican side of the border in border states, and an electronic Social Security number verification system must be considered, along with an aggressive campaign to encourage the Mexican government to break up state-run oil cartels and develop a market-based economy to increase opportunity for their citizens.