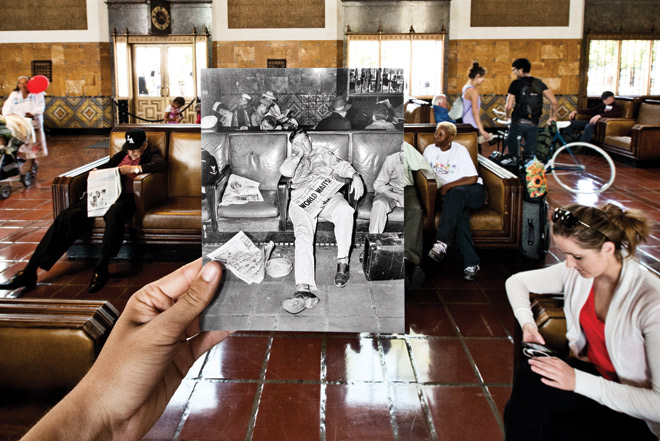 Throughout World War II Union Station was one of the most bustling places in Los Angeles. Back then the Dutch colonial, mission revival, and streamline moderne train depot was new—opening in 1939 as America’s last great station—and it served as a transit hub for soldiers and sailors. On August 12, 1945, Sergeant B.A. Kainer missed his train to Texas and decided to take a nap. He was waiting not just for a ride back home but, along with the rest of the world, for news of Japan’s surrender after the United States dropped two atomic bombs on the country. V-J day came two days later. Today the station is again a hub—for Metrolink, Amtrak, and three Metro lines—and if all goes as planned, it will be a high-speed rail stop some 20 years from now.