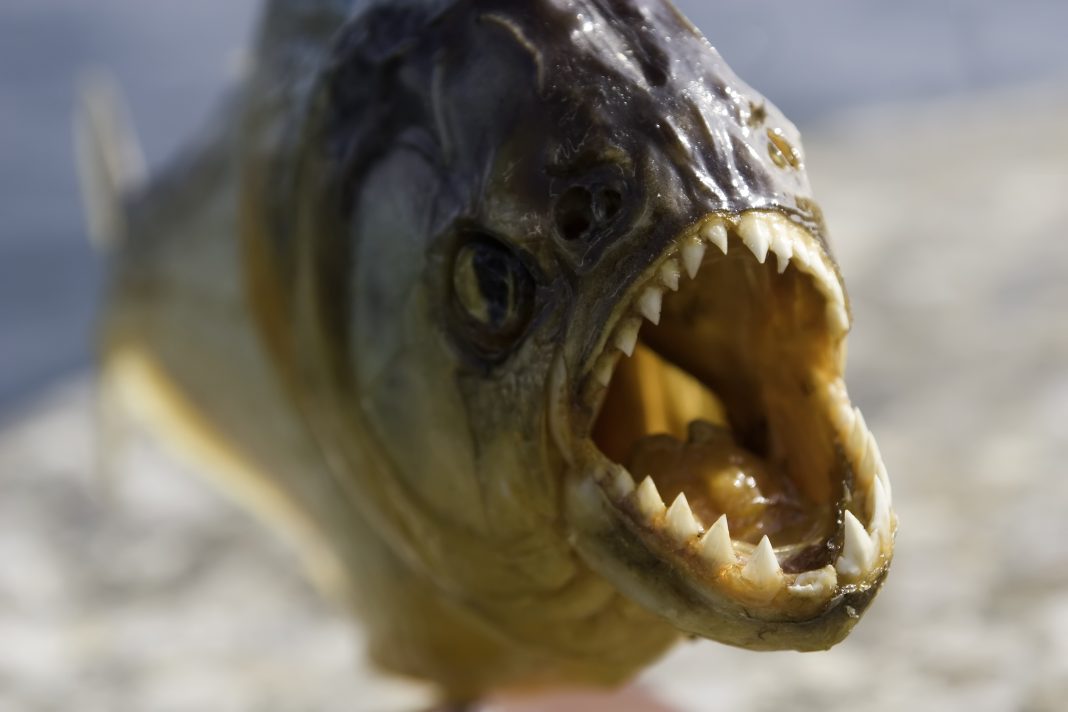 Chef Virgilio Martinez thought it would be a great idea to serve some traditional Peruvian food during his trip to Los Angeles. Customs officers at LAX who discovered 40 fresh Peruvian piranhas in his luggage weren’t convinced.

The Los Angeles Times reported that Martinez, who is in L.A. for two dinners staged as part of the paper’s Food Bowl festival, was detained at the airport for five hours.

Martinez and his seafood ultimately made it out of the airport, after the chef, who was featured on his own episode of Netflix’s Chef’s Table, showed a customs officer a copy of his own cookbook, flipping to a recipe for how he prepares the fish.

“I took my book and said, ‘Look, this is what I want to do with the piranhas’” Martinez told the Times. “And he finally said, ‘Oh, wow, go ahead.’”

Once freed, the carnivorous critters ended up in dishes served at Vespertine and Somni. For one, the meat of the fish topped a salad, for another Martinez offered up the heads and dried skins.

Perhaps you are wondering what piranha–which flourish natively in the Amazon basin–taste like. They’re strongly flavored, to be sure.

One Quora user posted that, “They are very bloody, like a fishy, pungent version of a steak,” and another stated that, “There’s a pungent aftertaste of seaweed and blood.”

Then again, neither of those reviewers have tasted Chef Martinez’s version.