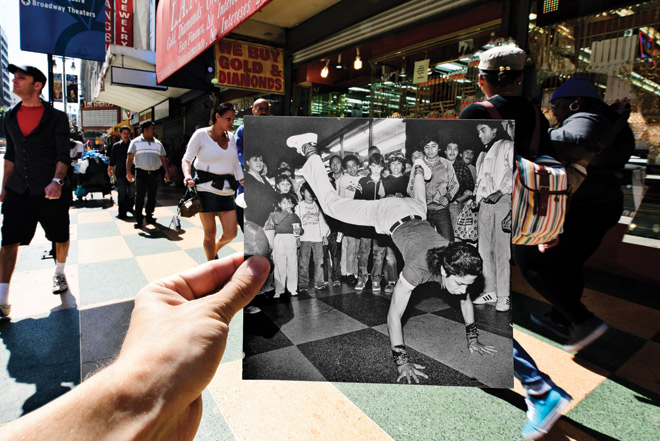 At the height of the b-boy craze in the early ’80s—don’t call it break dancing, please—teens often settled disputes with groovy moves instead of knives. Challengers popped, locked, and windmilled to beats like Afrika Bambaataa’s “Planet Rock” simply for bragging rights. Some carried cardboard to set up makeshift dance floors on backyard patios, parking lots, and busy sidewalks. This performer was captured doing a handstand on downtown’s Broadway in 1984. Mass appeal waned when grunge arrived a few years later. Though the term “break dancing” went the way of Aqua Net and leg warmers, the genre is still popular: B-boying was well represented at World of Dance, North America’s largest dance competition, recently held at the L.A. Convention Center.