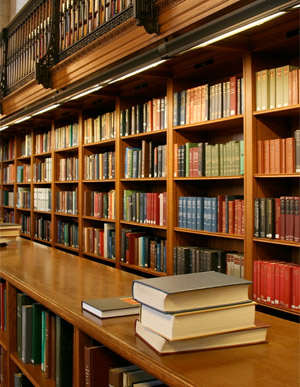 One Year to an Organized Financial Life: From Your Bills to Your Bank Account, Your Home to Your Retirement, the Week-by-Week Guide to Achieving Financial Peace of Mind
(Da Capo Lifelong, paperback, $17)
By Regina Leeds and Russell Wild
Leeds, a professional organizer based in Toluca Lake, teams with financial advisor Wilds to makeover your piggy bank in the third volume of her organizing series.
Out:  Jan. 1

8 Keys to Safe Trauma Recovery: Take Charge Strategies to Empower Your Healing
(W.W. Norton & Co., paperback, $20)
By Babette Rothschild
The L.A. based trauma expert explains how to rebound after you’ve received a blow.
Out:  Jan. 4

The Relentless Revolution: A History of Capitalism
(W.W. Norton & Co., hardcover, $30)
By Joyce Appleby
Capitalism is a “culture” for the UCLA professor, producing values and ideas as much as supply and demand.
Out:  Jan. 4

Dirty Water: One Man’s Fight to Clean Up One of the World’s Most Polluted Bays
(University of California Press, hardcover, $28)
By Bill Sharpsteen
Showing how a small group of committed people cleaned up one of the most polluted bodies of water in the world, the local writer and photographer vividly portrays the founders of Heal the Bay (the magazine is running an excerpt from the book in our January 2010 issue).
Out:  Jan. 5

Americans in Paris: Life & Death Under Nazi Occupation
(The Penguin Press, hardcover, $33)
By Charles Glass
The veteran journalist and native Angeleno looks at letters, diaries, war documents and police files to reconstruct the danger expatriates faced during the Second World War.
Out:  Jan. 7

Career Comeback: Repackage Yourself to Get the Job You Want
(Springboard Press, hardcover, $25)
By Lisa Johnson Mandell
The L.A.-based entertainment reporter taught us where to sniff out rich bachelors in How to Snare a Millionaire (1998), but if that money train has gone off the rails, you may need her latest volume.
Out:  Jan. 7

The First Rule
(G.P. Putnam’s Sons, hardcover, $27)
By Robert Crais
After criminals from the former Soviet Union murder his friend’s family, Joe Pike must sort through a sordid web to solve the crime in the L.A. author’s 16th novel.
Out:  Jan. 12

A Little Bit Kinky: A Couple’s Guide to Rediscovering the Thrill of Sex
(Broadway, paperback, $12)
By Natasha Janina Valdez
Bring a little sparkle back into the bedroom with tips from the L.A. sex therapist.
Out: Jan. 12

I Love You, I Hate You, I’m Hungry: A Collection of Cartoons
(Simon & Schuster, hardcover, $13)
By Bruce Eric Kaplan
His cartoons may run in the New Yorker, but many of these cartoons have the distinctive flavor of L.A., where the author lives and also works as a TV writer.
Out:  Jan. 12

Mindsight: The New Science of Personal Transformation
(Bantam, hardcover, $27)
By Daniel Siegel
A UCLA professor explains how you can become happier and more productive by rewiring your brain.
Out:  Jan. 12

Sleepless: A Novel
(Ballantine Books, hardcover, $25)
By Charlie Huston
The L.A. novelist has dreamed up a world plagued by an insomnia epidemic and an L.A. cop who must crack a sleeping pill’s black market.
Out:  Jan. 12

Star: How Warren Beatty Seduced America
(Simon & Schuster, hardcover, $30)
By Peter Biskind
Arguably one of the most successful figures in Hollywood during the second half of the twentieth century, Beatty was a leading man on the screen as well as in politics and in the bedroom, and Biskind charts the star’s entire, remarkable course.
Out:  Jan. 12

Hardboiled Hollywood: The True Crime Stories Behind the Classic Noir Films
(Pegasus Books, paperback, $15)
By Max Décharné
The British musician and author uncovers the true stories behind such films as Kiss Me Deadly, Bonnie & Clyde, Psycho, The Godfather, and L.A. Confidential.
Out:  Jan. 15

Harry Smith: The Avant-Garde in the American Vernacular
(Getty Publications, paperback, $35)
By Andrew Perchuk and Rani Singh
Smith is remembered for his Anthology of Folk Music (1952), but the director and senior research associate in the Getty’s Contemporary Programs department reveal the full range of the artist’s life and work with essays, illustrations, and letters.
Out:  Jan. 15

Wild Child: And Other Stories
(Viking, hardcover, $26)
By T.C. Boyle
Nature runs horrifyingly (and at times hilariously) amok in this riveting collection from the prolific USC professor.
Out:  Jan. 21

I Am Ozzy
(Grand Central, hardcover, $27)
By Ozzy Osbourne and Chris Ayers
The dizzying, rags-to-riches-to-chemicals life of the “Black Sabbath” and reality TV legend.
Out:  Jan. 25

Eternity Soup: Inside the Quest to End Aging
(Harmony, hardcover, $26)
By Greg Critser
A lively look at the world of gerontology from the veteran medical reporter who lives in Pasadena.
Out:  Jan. 26

Fatal System Error: The Hunt for New Crime Lords who are Bringing Down the Internet
(Public Affairs, hardcover, $26)
By Joseph Menn
A chilling look at the international hacker underground from the highly acclaimed technology journalist and former Los Angeles Times reporter.
Out:  Jan. 26

Healing Hearts: A Memoir of a Female Heart Surgeon
(Broadway Books, hardcover, $24)
By Kathy Magliato
In the male-dominated world of heart surgery, the author rose to become Director of Women’s Cardiac Services at Saint John’s Health Center in Santa Monica, while raising her family at the same time.
Out:  Jan. 26

The Pickup Artist: The New & Improved Art of Seduction
(Villard, hardcover, $22)
By Mystery
Women have seen the show and are on to his game, so the VH1 reality star is back with a new playbook.
Out: Jan. 26

Three Days Before the Shooting . . . The Unfinished Second Novel
(Modern Library, hardcover, $50)
By Ralph Ellison
Juneteenth (1999) was the central narrative culled from Ellison’s unfinished epic, and this volume presents over a thousand pages of Ellison’s original manuscript, edited by Claremont McKenna professor Adam Bradley and Lewis and Clark professor John F. Callahan, Literary Executor to the Ellison Estate.
Out:  Jan. 26

In the Shadow of Slavery: Africa’s Botanical Legacy in the Atlantic World
(University of California Press, hardcover, $28)
By Judith A. Carney and Richard Nicholas Rosomoff
The UCLA professor charts what slaves brought with them across the Atlantic and what they planted in their own subsistence plots in the “botanical gardens of the disposed.”
Out:  Jan. 27