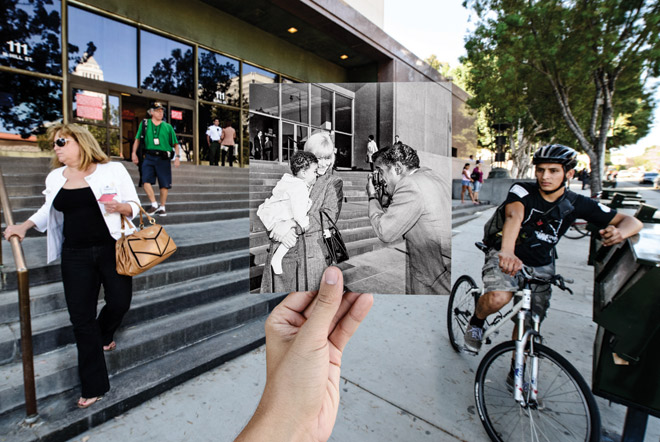 Long before Richard Pryor or Dave Chappelle ruminated about racism in America, Sammy Davis Jr. opened the door with then-controversial quips like “Being a star has made it possible for me to get insulted in places the average Negro could never hope to go and get insulted.” The entertainer converted to Judaism and married Swedish actress May Britt when interracial marriage was still outlawed in many states. A Los Angeles Times photographer captured the effervescent Rat Packer snapping a shot of Britt and the latest addition to the family, three-month-old Jeff. They were exiting the Stanley Mosk Courthouse, where a judge had just signed the adoption decree, on December 14, 1965. Even this tender moment was cause for outrage: After the photo came out, Davis made the Ku Klux Klan’s enemies list. His career never missed a beat, however; he continued entertaining until his death from throat cancer in 1990.

The Man Who Dressed Elvis Presley

Before the Sequel: Secrets from Tim Burton’s Beetlejuice