Home Family and Kids This Pop-Up Is Bringing Snowy Mountains to L.A. in the Heat of... 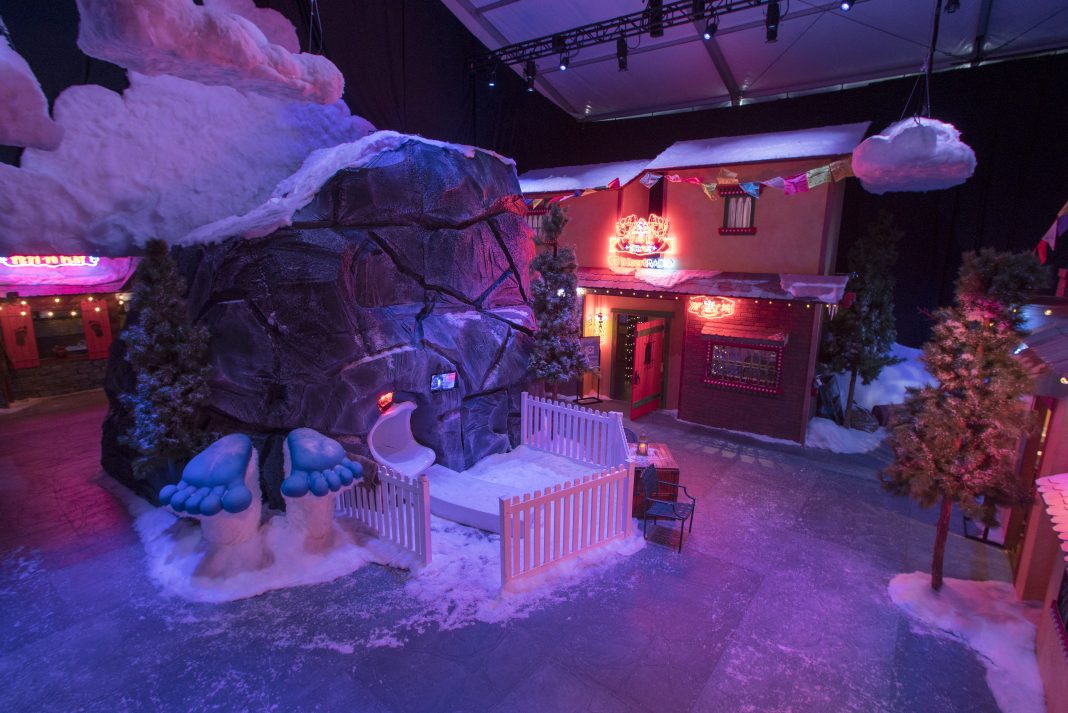 Warner Bros. is warming audiences up for its new animated feature, Smallfoot, by bringing the movie’s mythical mountain landscape to life for a month-long pop-up in Hollywood. The film is a yeti-themed adventure, so the Smallfoot Yeti Village is recreating the snowy setting with a two-story area for kids (and, OK, adults) to explore.

Opening on August 12 in the same space that previously held pop-ups promoting Ready Player One and It, Yeti Village, produced by Experiential Supply Co., includes environments and photo backgrounds that translate the animation to three-dimensional life, a snowball pit, art activities for all ages, a 20-foot-long spiral slide, and more. Perhaps most desirably given recent weather, it’s all climate-controlled to make the chilly setting feel extra immersive.

Admission to Yeti Village is free, but does require booking a timed ticket in advance online. Your ticket grants you access to the experience for 40 minutes. Children are encouraged to attend, but those under 13 will need to bring an adult along. The pop-up runs until September 14.

Smallfoot the film opens on September 28, and features the voices of a kind of wild cast of celebrities including Channing Tatum, James Corden, Zendaya, Common, LeBron James, Gina Rodriguez, and Danny DeVito. The story follows a community of giant, furry Yeti who discover that their legend of the “Smallfoot” (aka humans) turns out to be true.

For an advance peek at what to expect, watch the event preview video below.

RELATED: The 100 Things Every L.A. Family Should Do at Least Once