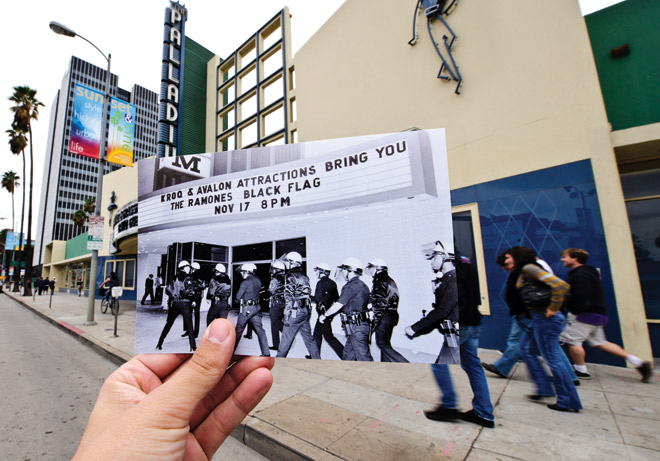 Tommy Dorsey and Frank Sinatra christened the Palladium when it opened on Sunset Boulevard in 1940. Designed by Gordon Kaufmann, the architect behind Greystone Mansion and the L.A. Times building, the moderne venue had seen better days by the time the Ramones and Black Flag had a gig there in 1984. Lensman-about-town Gary Leonard saw the police gathering out front and positioned himself to capture the marquee above them as they marched into the club. “They broke a lot of punk shows up back then,” Leonard says. “That night was a heavy night,” Dee Dee Ramone wrote in Lobotomy: Surviving the Ramones. “There was a bad riot. They broke all the windows on Hollywood Boulevard.” The venue underwent an $18 million renovation in 2008. This time Jay-Z did the christening.

These Beloved, Iconic L.A. Buildings Are in Danger of Being Demolished