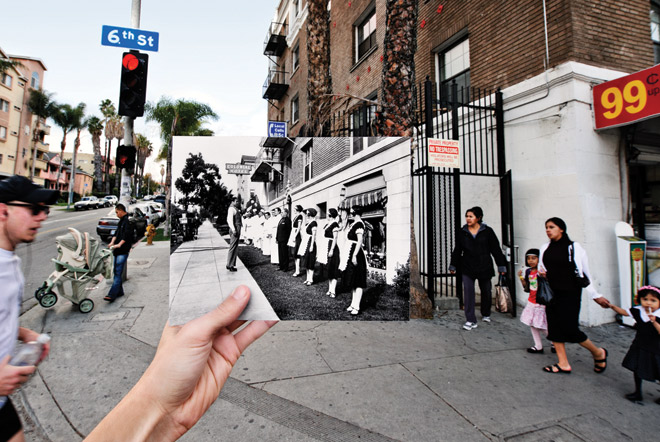 Heavyweight boxing champ Jack Dempsey had little education but a head for business. As his knockout punch waned, he invested in the hospitality industry, purchasing the same hotel—twice. Ever the optimist, he once wrote, “This so called ‘Depression’ means just one thing to me…THE RIGHT TIME TO BUY.” The boxer playfully inspects the staff of Jack Dempsey’s Grill in front of his newly reacquired Hotel Barbara in May 1932. Located in then-desirable Westlake, the Barbara featured baby grand pianos in every suite. Renamed Hotel Barbizon, it was an SRO for a few decades before being re-novated several years ago. The place is now a safe haven for low-income families in an area where gang rivalries are prevalent.