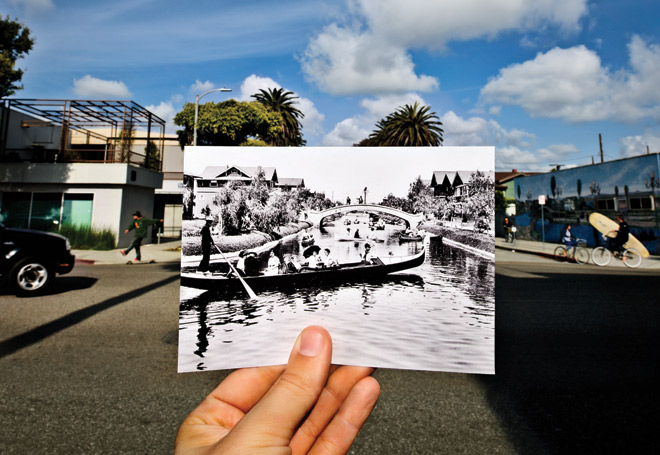 In 1904, developer Abbot Kinney began building an entertainment resort and learning sanctuary by the sea, sort of a university retreat for the masses. He dredged canals out of salt marshes southwest of Los Angeles and imported gondolas from Italy, including this one, pictured in 1908 at what is now the intersection of Main and Market streets in a town that came to be called Venice of America. The first part of the name stuck. Within a few years 60,000 visitors were arriving on weekends. Most were ordinary people, which pleased Kinney. “The Devil can attend to the rich without assistance,” he said. He financed a lecture course, a nationally respected band, a pier with carnival rides, and a bathhouse the size of a sports stadium. Today much of what he constructed is gone, and half the canals have been paved over.