Home Sponsored Rick Caruso Has a Plan to Clean Up LA 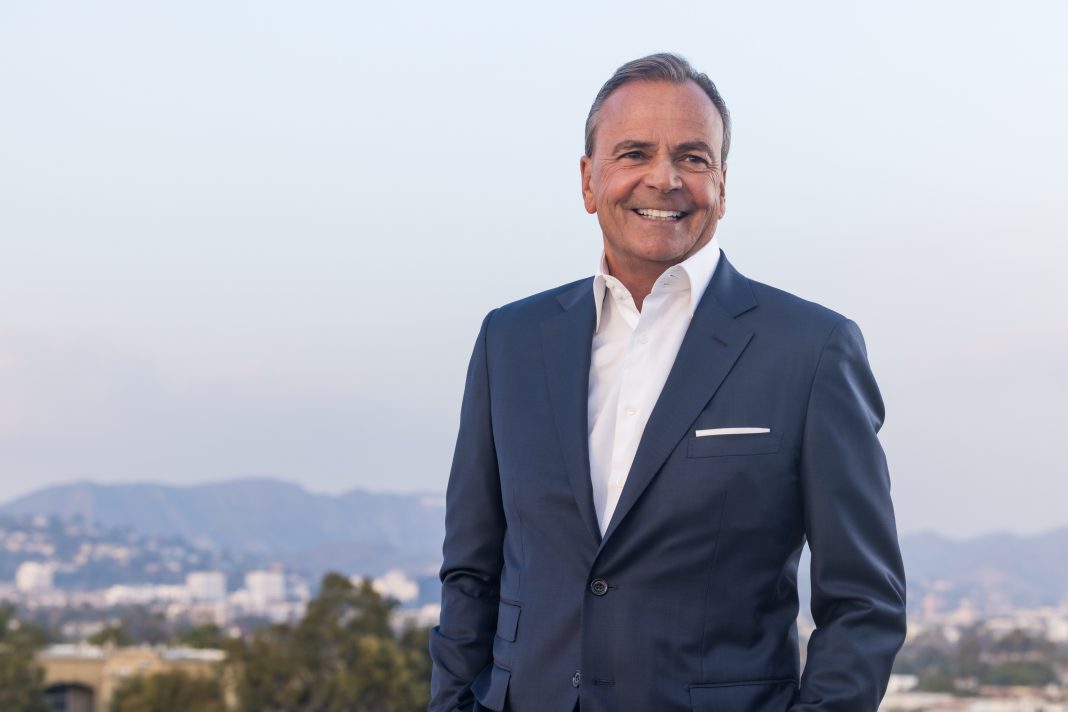 A city in the midst of the worst violent crime wave in the last 15 years, smash and grab robberies in broad daylight, and senseless murders fill the local news. City Hall is besieged by scandal – three Councilmembers arrested and under investigation for corruption, and a homeless crisis that has turned parks into tent cities.

At first glance, one would think this was a trailer for a new DC Comics movie (this story is way too dark for Marvel), not our City of Angels.

Yet, on the cusp of a new Mayoral election, Los Angeles finds itself mired in crisis. Voters were left to choose from the very career politicians who oversaw this impending crisis and did nothing. This negligence of duty and refusal to make the politically hard, but correct decisions is why Rick Caruso felt a civic sense of duty to enter the Mayoral race.

“The City I love is in crisis, and I simply do not trust career politicians to save LA,” stated Rick Caruso. “I have a plan to end street homelessness, restore public safety, and end corruption at City Hall.”

In the past, when city leaders needed results, someone to cut through red tape, and make the tough but necessary decisions, they turned to Rick Caruso. When the Los Angeles Department of Water and Power (DWP) was in dire financial strait, Rick was appointed President of the Commission overseeing DWP. Rick saved the Department from financial ruin, slashing billions in debt and cutting wasteful spending. He also oversaw the first initiative in Department history aimed at moving the DWP from fossil fuels to renewable energy generation and launched a rate relief program for low-income customers.

He was appointed to the President of Los Angeles Police Commission at a time of great turmoil for the LAPD with the Department operating under a federal consent decree. Caruso oversaw a 30 percent reduction in crime and overhauled police disciplinary procedures. He fought for community policing and police accountability, and he hired Chief William Bratton, who is remembered as the most transformational figure in the history of policing in the City of Los Angeles.

Most recently, Rick was asked to clean up the mess at USC. He stepped in as Chair of the USC Board of Trustees to fight for needed changes to the University’s culture, leadership and Board. Rick empowered independent investigations to clean up admissions and ensure accountability for those culpable in cases of sexual abuse, all while working tirelessly to restore community and student trust.

When asked why, time and time again, Rick helps restore trust and accountability to LA civic institutions, he simply says because he loves Los Angeles. But there is more to this story, rooted in Sunday family dinners with his grandmother, Josephine, who relentlessly emphasized the importance of hard work, protecting the family name, keeping faith, and giving back to your community. These dinners shaped Rick, leading him to become one of Southern California’s most successful business leaders – creating tens of thousands of jobs – while donating over $130 million to various charities.

For someone with such a sense of love and dedication to Los Angeles, Rick cannot sit on the sidelines and hope someone asks him to help. He is running for Mayor because the LA he loves, the city where immigrants from across the world can find safety, economic opportunity, and their American dream still exists; and he has a plan to save LA.

As mayor, Rick will declare a state of emergency. If an earthquake struck Los Angeles and 44,000 souls were living on our streets, the Mayor would declare an emergency and move mountains to get everyone off our streets and back on their feet. This current homelessness crisis is inhumane and the City needs to act with the urgency of an emergency.

Rick will build 30,000 shelter beds in 300 days. With an additional 30,000 beds, the city will have enough beds to quickly and effectively get large amounts of the unhoused population off the streets, out of encampments, and into service and treatment programs.

Hire 500 Mental Health and Addiction Caseworkers and Have Mental Health Workers Respond to 911 Calls. In 2016, the LA Times found that more than 76% of the homeless population had substance abuse or mental illness issues. This is a humanitarian crisis and needs to be treated as such with the largest mental health and addiction treatment workforce this state has seen to get people treatment quickly and efficiently.

This was just a snapshot of Rick’s extensive plan to end street homelessness. You can read the full plan at: https://carusocan.com.

As President of the Police Commission, Rick oversaw a 30% reduction in crime, restored public trust in the LAPD, especially among Black, Asian, and Latino Angelenos, and fought for community policing and police accountability.

As Mayor, Rick will get police back on our streets, tackle gun violence with common-sense solutions like safe storage laws, and get guns out of the hands of domestic abusers.

Put 1,500 New Officers on the Street and Return to Community Policing.  Rick will make sure the LAPD returns to community-based policing with more senior lead officers working hand-in-hand with community groups and neighborhood leaders to build trust and ensure the communities who need it the most have police officers who reflect their values and demographics.

Get Guns Out of the Hands of Domestic Abusers & Crack Down on Gun Trafficking. Restore common sense to the gun debate by taking guns away from domestic abusers and cracking down on illegal guns coming into LA.

Crack Down on Property Crimes by Fixing Prop 47 & Prosecuting Misdemeanors. The city will immediately make it mandatory for the City Attorney to prosecute misdemeanors. Having an elected City Attorney shouldn’t mean they can selectively enforce some laws and not others. Criminals should know that any crime, whether a misdemeanor or felony, will be prosecuted.

This was just a snapshot of Rick’s extensive plan to restore public safety. You can read the full plan at: https://carusocan.com.

Crime and homelessness are out of control because career politicians are either too busy worrying about their next job or acting as if the laws do not apply to them. As Mayor, Rick will restore faith and trust in our government.

Work for $1 a year as Mayor & Place All His Business Holdings in a Blind Trust. Rick will immediately separate himself from all formal business activity and run the cleanest, most ethically uncompromised administration in the City’s history based on the best ethical practices.

Draft Legislation to Remove the City Council from ALL Land Use Decisions. Allow technical professionals to review land-use decisions and revamp zoning laws that make it clear what can and can’t be built, with no exceptions.

Appoint an Independent Ethics Czar on Day One to advise on all issues and ensure City business is conducted to prevent any conflicts of interest.

This was just a snapshot of Rick’s extensive plan to public trust and end corruption at City Hall. You can read the full plan at: www.carusocan.com.

Rick’s plan is straightforward – restore public safety, end street homelessness, and stop City Hall corruption, then retire. He wants to make the tough decisions necessary to save LA that career politicians will not, but first, he humbly would appreciate your vote. 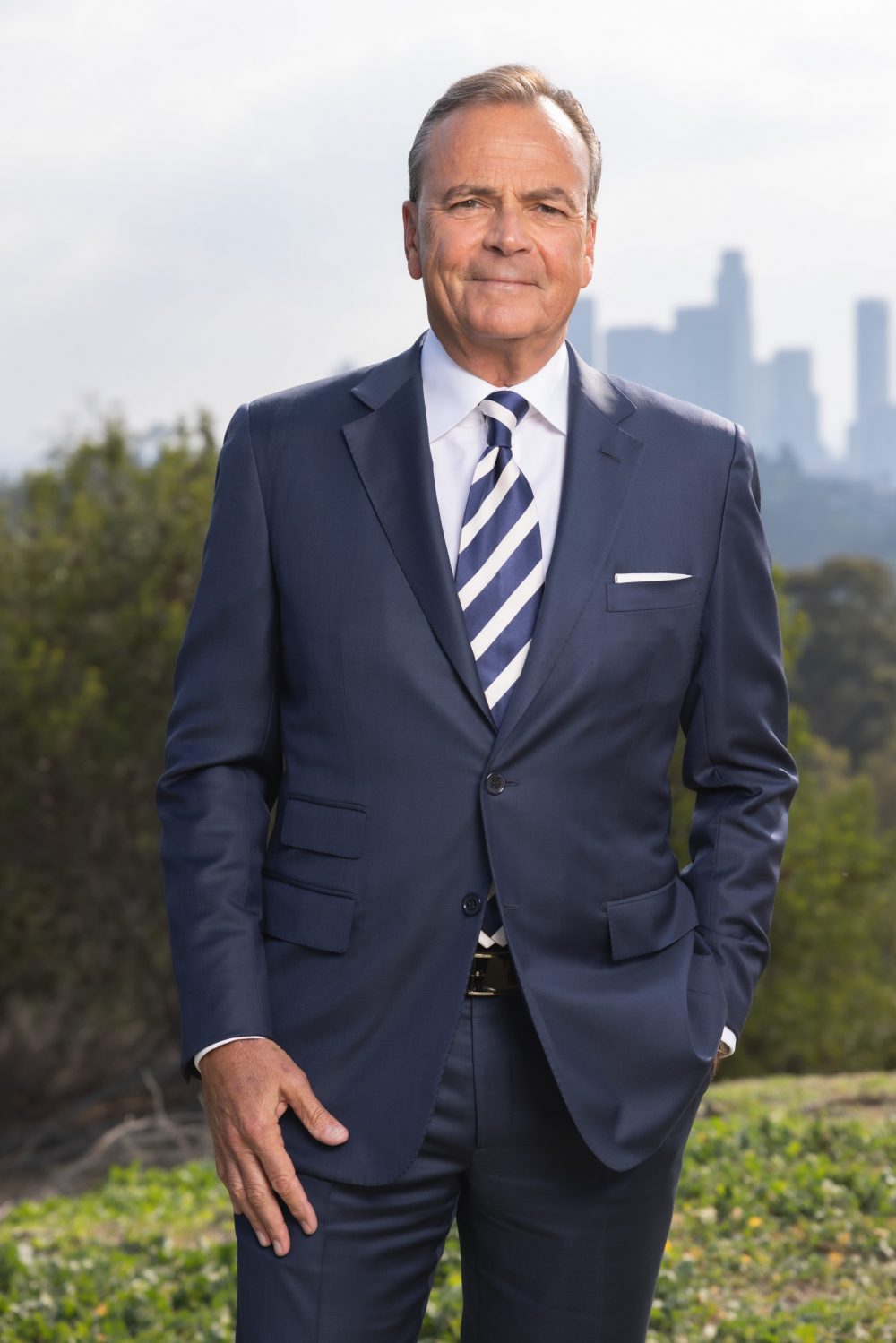 This article was provided by Rick Caruso for Mayor, a paid advertiser. Content has not been independently verified by Los Angeles magazine.

Paid for by Rick Caruso for Mayor 2022, 101 The Grove Drive, Los Angeles. Additional information is available at ethics.lacity.org.