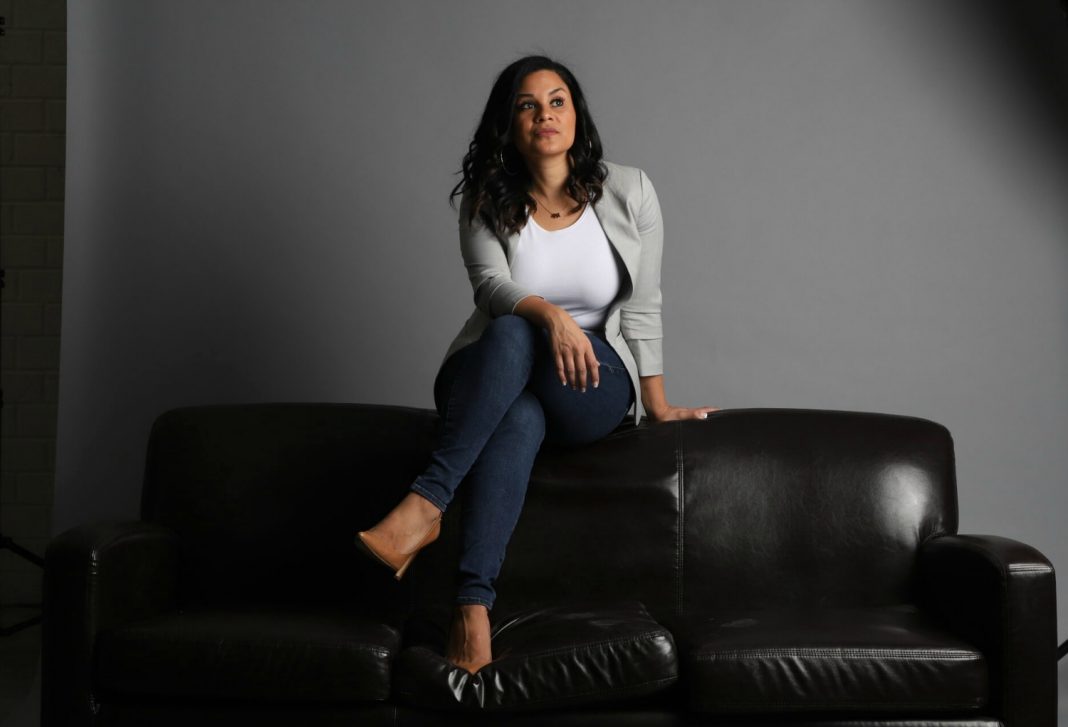 This year’s race for Los Angeles County D.A. is shaping up as something of a referendum on the public’s appetite for criminal justice reform. Critics of current D.A. Jackie Lacey have accused her of using the office to preserve the status quo on issues including police misconduct, racial and economic disparities in prosecutions, mass incarceration, and how the homeless are treated by law enforcement. Rachel Rossi, one of the people challenging Lacey for the job, wants take the D.A.’s office in a different direction.

Rossi, a former public defender and criminal justice reform policy expert, has never been a prosecutor before–something she sees as an advantage for the different perspective it offers her on the role. And the switch from defense to prosecutor is not without precedent: Chesa Boudin, who was elected to replace George Gascón as San Francisco’s D.A., had previously been a public defender and justice policy activist. Gascón is now vying for the L.A. job alongside Rossi.

The San Gabriel Valley native, the 36-year-old Rossi attended Bethany University, a now-shuttered Christian university in Scotts Valley, and then Pepperdine Law School. In addition to running for office, she is listed as Of Counsel to the law firm Cohen Williams LLP.

On January 29, Rossi, Gascón, and Lacey will share a stage for a candidate debate, moderated by KPCC and Los Angeles Times journalists. Early voting for the March 3 primary begins just days after the debate, on February 3. Members of the public can attend the debate or watch a stream online.

Ahead of the debate, we spoke with Rossi about her campaign, her vision for L.A., and how she distinguishes herself from the other major candidates in the race.

Tell us a little bit about your background and career leading up to this race?

I started my legal career as a public defender in L.A. County courts, and then in L.A.’s federal courts, as a federal public defender. Most often, my clients were low-income, people of color, and suffered from homelessness, mental illness, or substance use disorders. These experiences gave me a comprehensive understanding of L.A.’s layers of criminal justice systems, including the many local and federal law enforcement and prosecutorial agencies that intersect in our county.

While I was with the Federal Public Defender’s Office, I was chosen for a “detail” position with the office of Senator Richard J. Durbin on the U.S. Senate Judiciary Committee, in Washington D.C. In that role, I provided counsel on criminal justice policy, and was the lead staffer on the First Step Act, the criminal justice reform bill that passed in December of 2018 and has resulted in thousands being released from prison.

I was then recruited to the House side, where I was a Counsel to the U.S. House Judiciary Committee, assigned to the Subcommittee on Crime, Terrorism, and Homeland Security.  In this role, I worked with Judiciary Chairman Jerry Nadler and Judiciary Crime Subcommittee Chair Karen Bass on criminal justice reform legislation and Congressional hearings.

What compelled you to enter the race for District Attorney?

I am running to end the status quo of injustice for all those impacted by our criminal legal system–including the accused and victims. For too long in Los Angeles County we have accepted an archaic prosecutorial model–rewarding convictions, celebrating years of incarceration, and disregarding the racial and economic disparities of those entering the system and the voices of victims.

Almost 80 percent of our L.A. County jail population is black and Latinx. One in three people in our L.A. County jails are suffering from mental illness, and reports have shown the majority of these people can be safely transitioned into community-based treatment and services. And we’ve also seen a dramatic increase in the incarceration of our homeless neighbors. Our county continues to prosecute poverty and mental illness and to ignore racial disparities.

Our D.A. should celebrate increased public safety, reward rehabilitation, seek restorative justice and the rebuilding of communities, and use data-driven modern methods of justice to focus taxpayer dollars on preventing crime and fighting racial disparities, not wasting resources on policies that don’t work.

How would you tackle those issues? And, specifically, how would your approach differ from that of the incumbent?

I have reform proposals for each phase of the prosecutorial process. A few of my priorities include: ending the revolving door of our homeless neighbors through our jails by ending the prosecution of low-level offenses such as sleeping on the sidewalk, and instead focusing resources on and advocating for housing and community-based services that prevent homelessness; pursuing law enforcement accountability by exploring the appointment of independent prosecutors and increasing transparency; actively fighting disparities in the criminal justice system by tracking and publish data on every stage of the criminal justice process, and expanding oversight; and fighting to end cash bail while also protecting the presumption of innocence by expanding pretrial release. Our prosecutorial policies must also be more trauma-informed and victim-centered, must give victims a voice, and must focus on repairing harms to communities.

George Gascón, another candidate in the D.A. race, challenged your request to have “public defender” as your title printed on ballots. What happened there?

I was disappointed to spend time in court defending a baseless challenge to my public defender title on the ballot, but was happy that the judge upheld the law and denied the petition. The challenge is exciting, however, because it is reflective a change in our community’s perspective on criminal justice and what a prosecutor should look like.

Listing “public defender” on the ballot is now considered a good thing. It was once unheard of for a public defender to run for prosecutor. Today, this background makes me a stronger candidate. This is confirmation that L.A. is ready to for a new kind of District Attorney, and a bold, transformative vision of justice.

Do you feel like your candidacy has been given the same level of media and public attention that Lacey and Gascón are receiving?

I am pleased by the media coverage and public attention I’ve received in my campaign so far, and every day we gain more momentum. As the grassroots, “underdog” candidate without a career as a politician or big name, I have been very excited at the following and support our campaign has built in a short amount of time. This reflects L.A.’s interest in progressive grassroots candidates, and readiness for a new vision for our District Attorney’s Office.

Going into the debate, what do you hope to achieve on the stage? Are there particular distinctions between you and the other candidates that you want to be sure to make clear to the public?

I am very happy that our incumbent District Attorney will join us for the big debate on January 29. I look forward to her perspective and how she will address many of the concerns our communities have raised over the last few years. I plan to show my experience and knowledge of L.A.’s criminal justice system, and hope we will get into specific facts and platform ideas.

I also hope to show who I am and why I am in this race. I am running for District Attorney with a unique perspective, as the first former public defender to seek this seat. I am running because I believe we need a District Attorney who understands the impact of prosecutions and the system on marginalized communities, a perspective that only comes from standing on the other side of the courtroom, with the people. Bringing this experience to the role of prosecutor is how we will see transformative change in every phase of the prosecution process.

Ultimately, what is your vision for Los Angeles?

My vision for Los Angeles is to lead the nation in both safety and reduced prosecution rates. We can restore public trust in the criminal legal system and in law enforcement, reduce racial disparities in the system, and reduce our homeless population and wrongful evictions. Los Angeles County already leads the nation in criminal justice reforms and policies, and the missing link is a District Attorney’s Office that partners in our progress instead of impeding it.