Home Family and Kids Outdoor Roller-Skating Rinks Are Popping Up All Over L.A. 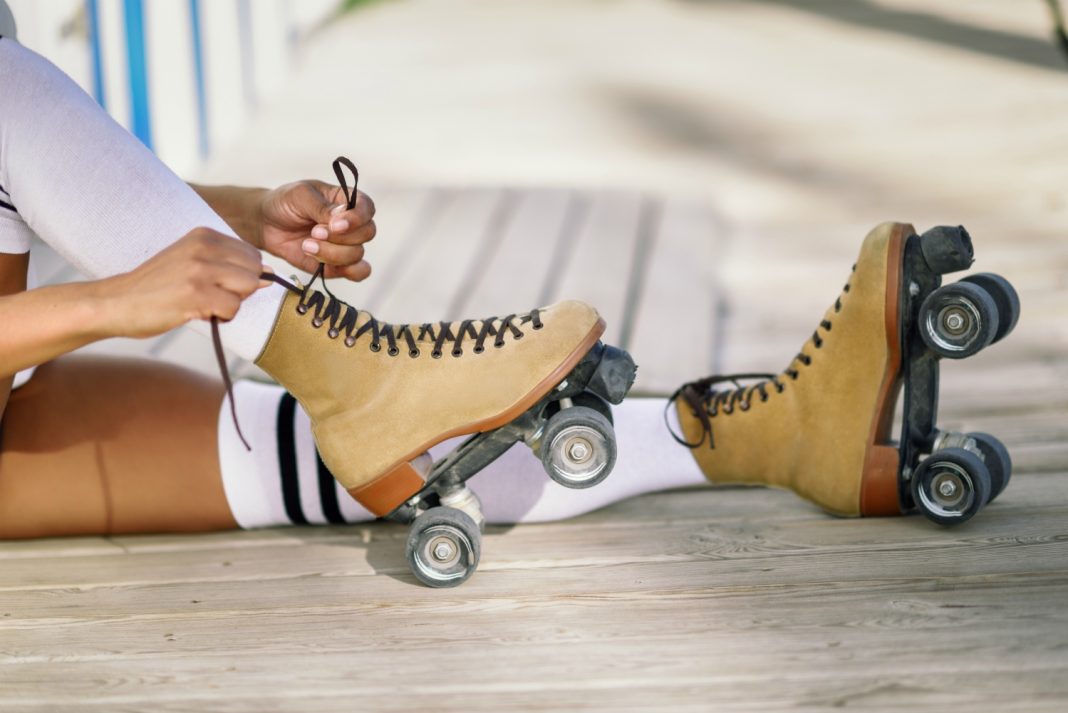 Not unlike surfing and skateboarding, roller-skating is one of those sports coded into L.A.’s DNA: Venice’s beachside roller-dancing scene of the ’70s and ’80s is credited with spawning a worldwide cultural phenomenon—not to mention films like Xanadu; Skatetown, USA; and Roller Boogie—even though in-line skates were invented in 19th century France. (You can still find the Venice Beach Skate Dancers performing mind-boggling routines for huge crowds most weekends.) At the trend’s height, Los Angeles was home to nearly two dozen roller rinks, from Compton’s Skateland U.S.A. to Northridge Skateland to Flipper’s Roller Boogie Disco Palace on La Cienega Boulevard in West Hollywood. Our love affair with quad skating hasn’t cooled off—these days L.A.’s hippest kids (plus celebs like Beyoncé and Kristen Bell) are lacing up at Mid-City’s World on Wheels and Glendale’s Moonlight Rollerway. But even as the passion for roller-skating remains strong, the city’s real estate market has priced out most all of the rinks of yore.

That’s part of the reason husband-and-wife duo Ann Potenza and Josh Smith created Pop Sk8 Live, a temporary outdoor roller rink taking over the parking lots of the Westfield Promenade in Woodland Hills (through June 30) and Westfield Culver City (July 4 to August 6). If all goes well in L.A., the pair plans to bring Pop Sk8 to other cities all over the state. “It’s a new way to bring skating to communities,” Potenza says. “But instead of doing it in a building, I’m using what California has that’s special—beautiful weather and sunshine.”

This isn’t Potenza’s first rodeo (roller disco?). A longtime producer of theater and events, she’s been in charge of Santa Monica’s popular outdoor ice-skating event, Ice, for six years. (Before that, she worked side by side with Jimmy Kimmel to orchestrate the now-defunct L.A. Feast of San Gennaro street festival.) After seeing how well the wintry rink was received year after year, she wanted to find a way to re-create its magic in the summertime. A roller rink was the obvious choice. “Whether you’re there with your kids or
a group of friends or a date, [skating] is something that’s inviting to everyone,” she says. “And I think that’s rare.”

Taking cues from nostalgic theme nights that have become a staple at spots like Los Globos in Silver Lake or Resident in the Arts District, Pop Sk8 celebrates a different era of music every day of the week: Mondays are devoted to ’40s- and ’50s-inspired “electro swing”; Wednesdays are given over to disco hits; Sundays, with a play-list of Broadway tunes, are for theater buffs (there’ll even be some live performances). The soundtracks are mixed by Grammy-nominated producer and DJ Chris Cox, and each night includes various music, dance, and acrobatic presentations, hearkening back to the days when rinks often doubled as concert venues. “Who knows? A flash mob might even show up on one of the days,” Potenza hints.

While there are sure to be pros aplenty, amateurs are encouraged to hit the stage, too: Group sing-and-skate-alongs, relay races, and daily talent shows are open to all. “Dancing, singing, lip-synching, any type of gymnastics or acrobatics—basically anything is allowed,” Potenza says. “If someone wants to roller-skate out there and play a guitar, they can do that.” The most important thing, she says, is “providing an environment for people to have fun and express themselves. I just want everyone to feel welcome.