Home Art Why Is the Pasadena Museum of California Art Closing? 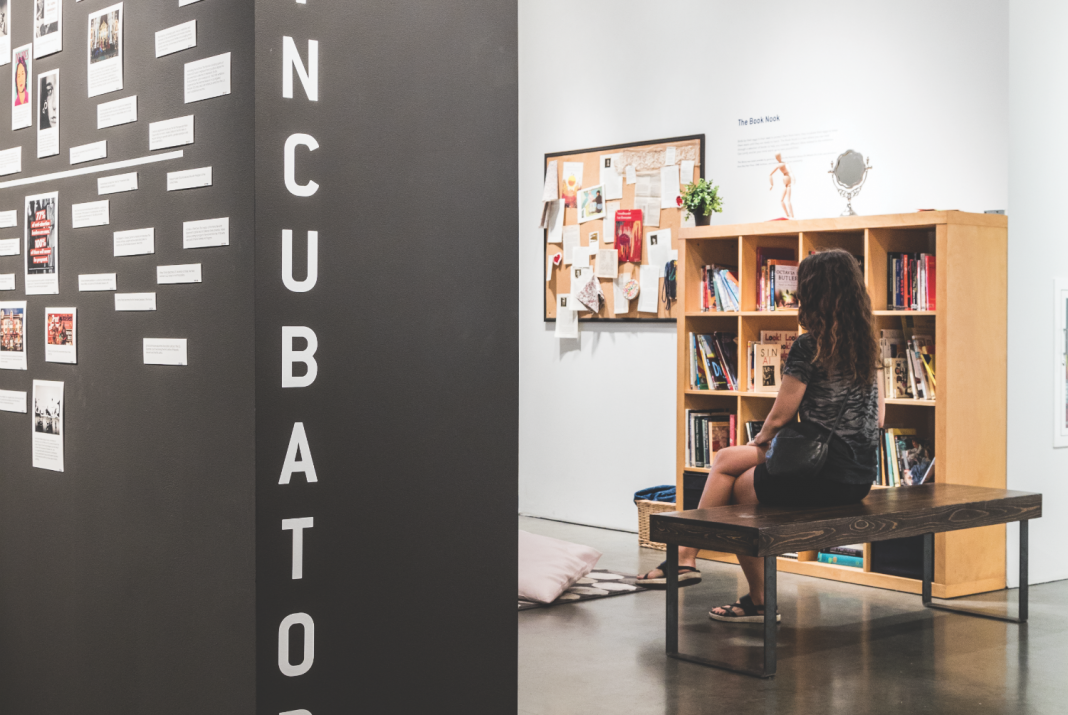 On a Summer Friday at the Pasadena Museum of California Art, about a dozen visitors move slowly through the galleries as a couple of young guards in black uniforms joke with each other. Bebop jazz plays quietly in the gift shop while artist Judy Chicago glows on a TV screen, discussing the origins of works on display.

Soon they’ll all be gone. After a 16-year run, the museum, whose mission was to showcase the breadth of California creativity, closes on October 7.

Over the years, the PMCA put on a number of smart shows, from the plein air paintings that make up some of the earliest art of the Golden State to Sister Corita Kent’s polemical silkscreens to unexpected historical finds, like the current show of Grafton Tyler Brown, one of very few black landscape painters working in the 19th century.

In a region where art is dominated by a handful of big institutions, the museum was unique, all the more so for its California-centric focus. When the PMCA opened its doors in 2002, its purpose seemed somewhere between eccentric and avant-garde: Art from California—often driven by an unconventional, innovative spirit—was just beginning to move into the place of international eminence it now enjoys. Today that notion seems like an inevitable idea for a popular, successful venue.

That the PMCA is closing is somewhat baffling. “As far as I could tell, the shows were robust and vital all the way to the end,” says Stephen Nowlin, who is director of the nearby ArtCenter College of Design’s gallery. “They’ve embraced the history of California but also created a way young, emerging artists could have their first museum exposure. Now they’re doing this? It doesn’t make a lot of sense.”

Starting a new institution isn’t easy; moving it into middle age can be even harder, and that’s where things seem to have gone wrong here. “I was hired to take the museum to the next level,” says director Susana Smith Bautista, a Pasadena native and veteran curator who arrived in May 2017. Little more than a year later, the museum’s board told her it was all over.

Statements by the directors on that board have not shed much light on the closure, but insiders describe them as simply being exhausted by the effort (and expense) of running the place. Part of the difficulty baked into the institution was that the founders, Robert and Arlene Oltman, lived above the museum they built, giving some potential funders the sense that the operation was a vanity project. Complications over use of a roof deck for events, due to city zoning, limited an important revenue source. Size likely mattered here: Despite a boom at galleries and large museums, small museums have been less stable, with several either moving or merging with larger institutions.

“Even though California art is recognized now more than it was 16 years ago, there’s so much that could still be done,” says Bautista. “It’s huge. It’s incredibly diverse and broad and growing by the second.” After October 7, that growth will be charted elsewhere.

RELATED: The Valley’s Most Colorful History Museum Is Expanding Into a Massive New Space