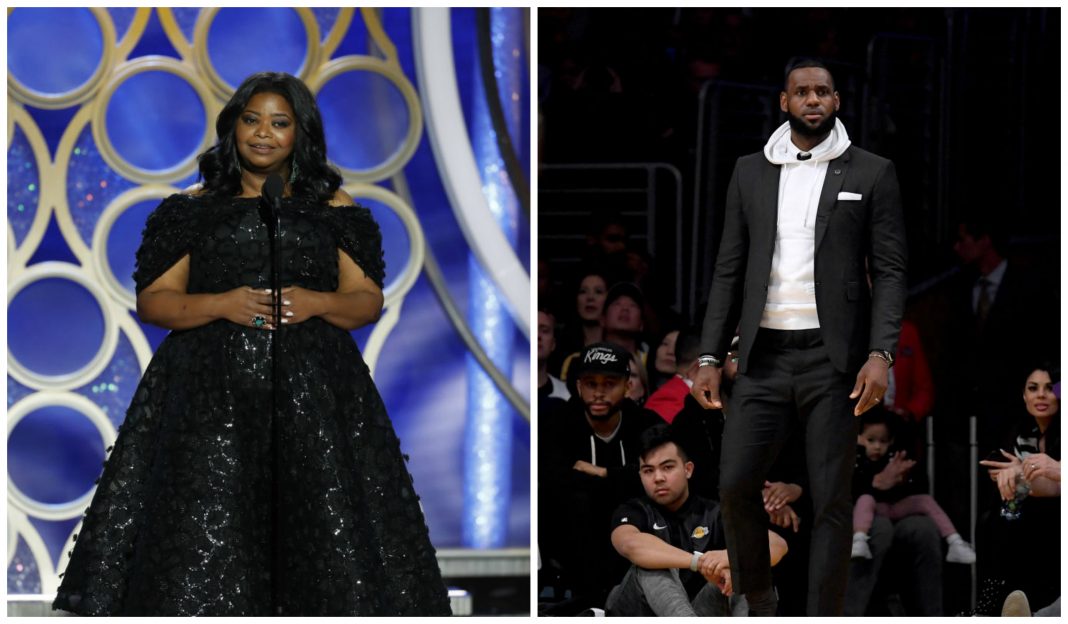 Octavia Spencer is an Oscar-winning actress and a compelling force on screen, but she, like many women of color, still struggles to be compensated appropriately in Hollywood. Luckily, when it came to making a deal with Netflix for her new original series, Madam C.J. Walker Project, she had a powerful ally, LeBron James.

“When I was negotiating my deal for Madam C.J., LeBron James had to intervene,” Spencer told a panel at Sundance this week. “So we need all our male counterparts to be in the fight with us.”

James had a vested interest in the outcome of the negotiations; he’s an executive producer on Madam C.J. Walker Project, in which Spencer plays Walker, a powerful business woman who broke barriers and became the first black self-made millionaire in America.

This is not the first time Netflix has been called out publicly over issues of unequal pay for talent. Last year, Comedian Mo’Nique called for a boycott of the streaming service after being offered far less money than other performers who have created specials for the brand, and Wanda Sykes nearly shelved plans for a Netflix comedy special entirely over the same issue. Sykes claimed she was offered around $250,000 for a special, while Amy Schumer received $13 million. As far back as 2015, it was revealed that the male supporting actors on Grace and Frankie were being paid as much as show’s stars, Jane Fonda and Lily Tomlin.

While the problem of pay inequity for women, and particularly non-white women, remains a widespread issue in Hollywood, Spencer hopes her incremental victory is part of a movement in the right direction.

“I’m a pragmatist, and I think that what’s exciting is, for me right now, is I feel like there’s a paradigm shift and women are leading the charge in that,” Spencer told IndieWire regarding the negotiations. “We just have to continue the momentum, and we have to remember that all of us, we need to work together, men and women. We need to advocate for each other. Are we there yet? Uh, no. But are we where we were? Uh, no, and that’s what’s promising. I like the idea of that.”