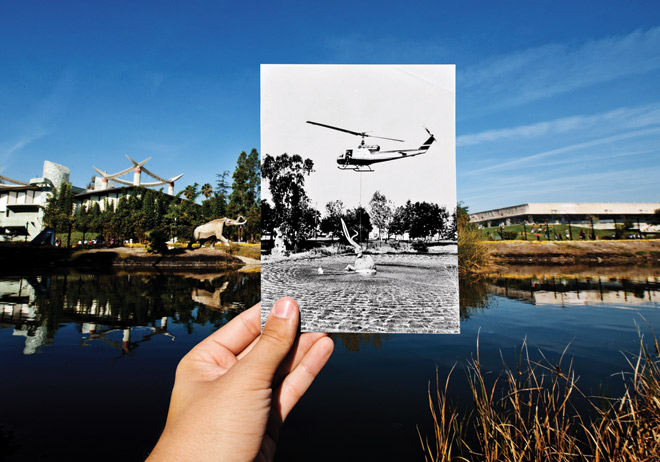 Contrary to its usual function as an airlift rescuer, a helicopter lowers the fiberglass imperial mammoth to a faux doom. Children could only imagine the horror of a sticky imprisonment endured by beasts (they’d been getting trapped over many millennia) at the La Brea Tar Pits until the exhibit of a partly submerged mother mammoth was installed in late spring 1968. One L.A. Times reader groused that the display (the mammoth’s mate and baby look on from the shore) was “appalling” and suggested it be removed. Hazardous as ever, the asphalt lake still claims the occasional pigeon, lizard, and rabbit. The primordial goo that taketh also giveth. A nearly intact mammoth skeleton was recovered two years ago. To date, the site has yielded several million bones and holds the largest cache of Ice Age fossils in the world.