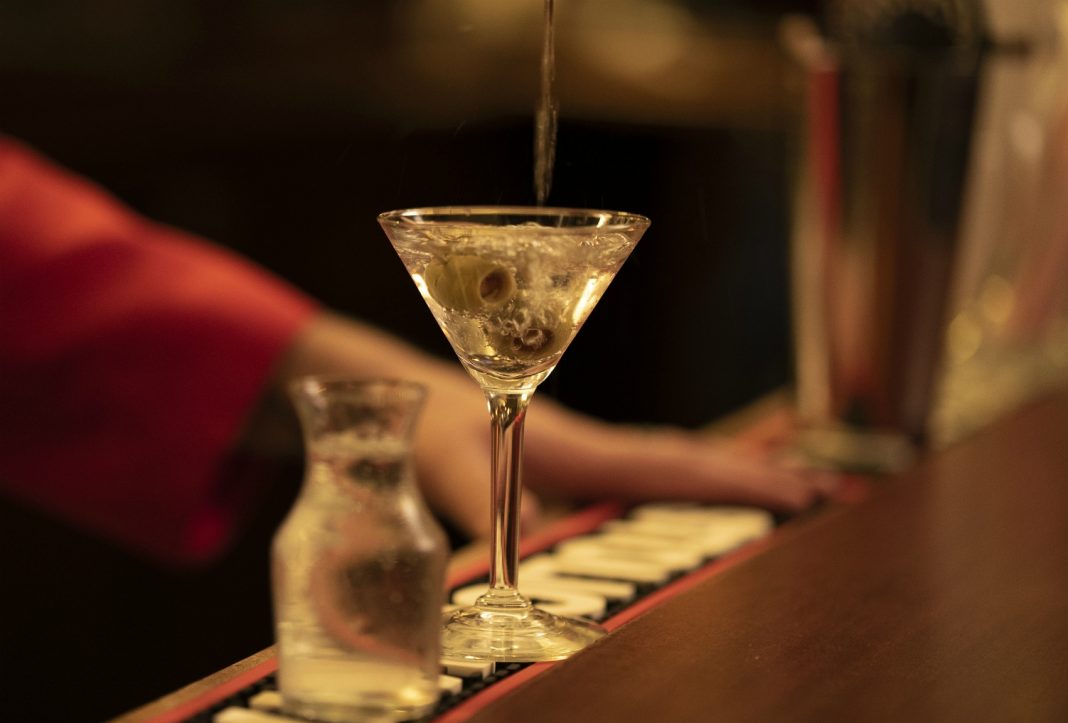 Perhaps more than any other cocktail, a perfect martini demands a perfect venue. It’s not for drinking on beaches or cafè patios; it’s too easy to spill if you’re not sitting down; and it should be consumed somewhere with history and grit and texture. In short, it’s best at Musso & Frank Grill. This fall the storied Hollywood steakhouse celebrates its 100th anniversary and, with it, hundreds of thousands of servings of the classic cocktail. “The whole room, the whole setup, really, makes our martini special,” says Andrea Scuto, the restaurant’s general manager and beverage director. Here, Scuto shares just what goes into Musso & Frank’s signature cocktail.

The Glass
» “We have a smaller glass—it’s old-timey,” Scuto says of the 2½-ounce vessel, which helps the drink stay perfectly crisp and taste its best. “As soon as the liquor becomes a little warmer, the alcohol starts to cut off a lot of the aromatics, and [the alcohol is] all you smell.”

The Process
“The most important thing that we do is we never shake the martini. James Bond had it all wrong,” says Scuto. Shaking it incorporates too much ice, making for a watery drink, and, if it’s a gin martini, it potentially bruises the delicate aromatics. Instead, the drink is stirred roughly 12 times—bartenders use careful discretion—with ice, which is made with filtered water and a top-of-the-line Japanese Hoshizaki ice machine. The liquor is then carefully strained into a glass. It’s “all in the hand of the masters,” says Scuto.

The Booze
Order a martini and you’ll be asked “Gin or vodka?”—Scuto is agnostic about which spirit is superior. For decades the house hooch has been Gilby’s, which Scuto says makes both a vodka that’s “very neutral” and a classic London dry gin that’s “very piney.” If you prefer something fancier, bartenders will happily offer top-shelf alternatives. Just don’t ask for vermouth; Musso’s does without it, seemingly in accordance with Winston Churchill, whose recipe for the cocktail was supposedly filling a glass with gin while glancing at a bottle of vermouth. As one of the barkeeps put it on a recent night: “I’m a purist. I like it when you can taste all the alcohol.”

The Olives
“We cure them in-house,” says Scuto, who notes that Musso’s olives are a classic Spanish variety, brined in salt, water, and, sometimes, herbs, then stuffed with peppers. The freshness is key, the olives taste brighter and firmer than others you might encounter.

The Sidecar
Fear not, the petite glass doesn’t mean you get a small drink. A little carafe holds a refill and is served in a bucket of crushed ice to keep it perfectly chilled. “For us the martini experience is related to the temperature of the liquor,” Scuto insists. “It always needs to be cold.”

RELATED: There’s a Poet Behind the Bar at Musso & Frank