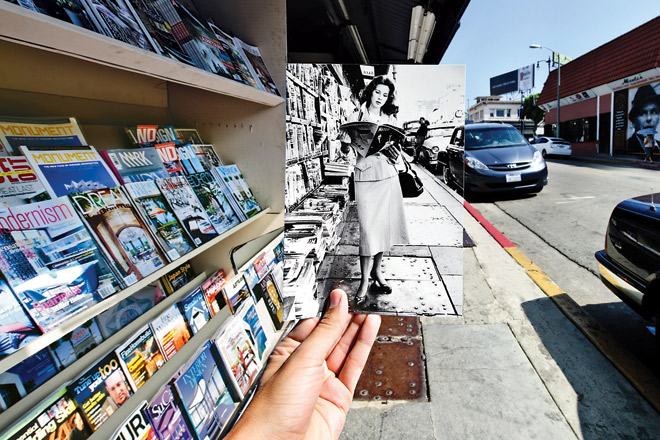 Suzy Parker was a supermodel before the term was coined. She repeatedly adorned the covers of fashion magazines such as Vogue, Elle, and Harper’s Bazaar. After living in New York and Paris, she came to L.A. to try her hand at acting. All of that globe-trotting necessitated that she find a local newsstand offering a worldly selection of titles. Parker was photographed on Las Palmas for a publicity still by Sanford Roth in May 1957 catching up on the latest news from the City of Light. She appeared in more than a half-dozen films, including Funny Face, in which Audrey Hepburn’s character was based on Parker, before abandoning Hollywood in 1968 to raise a family in Montecito. Parker died in 2003, but the newsstand is still there—now under the name Arya Universal News—as is the latest issue of Paris Match.