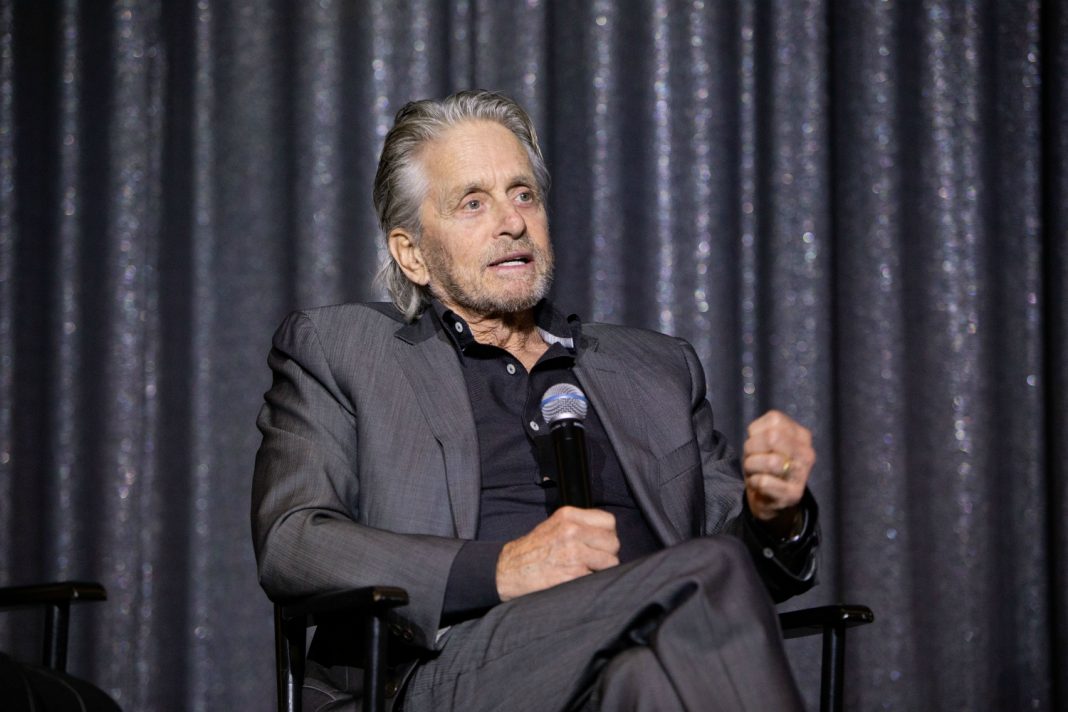 On Monday night, an impressive lineup of actors, television writers, politicians, and nuclear energy experts gathered at the Pacific Design Center to talk about how we might avert nuclear war—and how Hollywood figures into the equation.

Produced by Ploughshares Fund, a grant-making org that seeks to stop the spread of nuclear weapons, and the USC Annenberg Norman Lear Center, the panel brought together Ben Rhodes, deputy national security advisor for President Obama and MSNBC contributor; Kennette Benedict, a scholar-philanthropist who is senior advisor to the Bulletin of the Atomic Scientists; Democratic California Congressman Ted Lieu; Yasmeen Silva, a U.S. field organizer for Beyond the Bomb; and, none other than recent Golden Globe winner (and less recent Oscar winner) Michael Douglas, who produced 1979’s The China Syndrome, which was about a crisis at a nuclear plant. Turns out the he’s an advocate for nuclear disarmament, a supporter of the Nuclear Age Peace Foundation, and is on the advisory board of Ploughshares Fund.

“We’re in the scariest place related to this since 1953.” —Michael Douglas

Asked what Hollywood and show business can do to reduce the world’s nuclear threat, Douglas answered, “The first duty of Hollywood is to entertain us. It won’t work without that…I remember when my father bought a house with a bomb shelter. These days, I worry most about apathy. We’ve fallen off a cliff now. The U.S., China, and Russia are in a new global arms race. We’re in the scariest place related to this since 1953.”

Rhodes recalled traveling to Hiroshima in 2016, when President Obama gave a speech. “If you look at the cast of characters leading the world now,” Rhodes said, “it puts the onus on all of us as citizens to get louder on this issue. One person [the current President] has sole authority to launch atomic attacks. So we now live in a thermonuclear monarchy—we’re in total secrecy; this administration reveals nothing.”

Congressman Lieu stressed the point that laws are being drawn up in Congress to make the President confer with Congress first—and gets its approval—if he wants to launch any kind nuclear attack, even a reactive one. “We need to educate the American people on this,” said Lieu. “Nothing is impossible. The fact that only one person can launch a nuclear attack is a defect in our constitution.”

Political showrunners David Grae (Madam Secretary, Without a Trace, Castle), Paul Redford (The West Wing, The Newsroom, Madam Secretary), Lila Byock (Manhattan, The Leftovers), and Sam Shaw (Manhattan, Masters of Sex) were in the audience, and were called upon to describe how they depict nuclear risk on their shows.

Someone off topic, Rhodes was asked for his educated thoughts on the 2020 race. “Whenever the Democrats have defeated a Republican incumbent, it’s been with a fresh face, an outsider, who was relatively young: Jimmy Carter, Bill Clinton, Barack Obama. If that’s a trend, then I’d say Beto O’Rourke and Kamala Harris probably have the best chance of winning the 2020 election.”