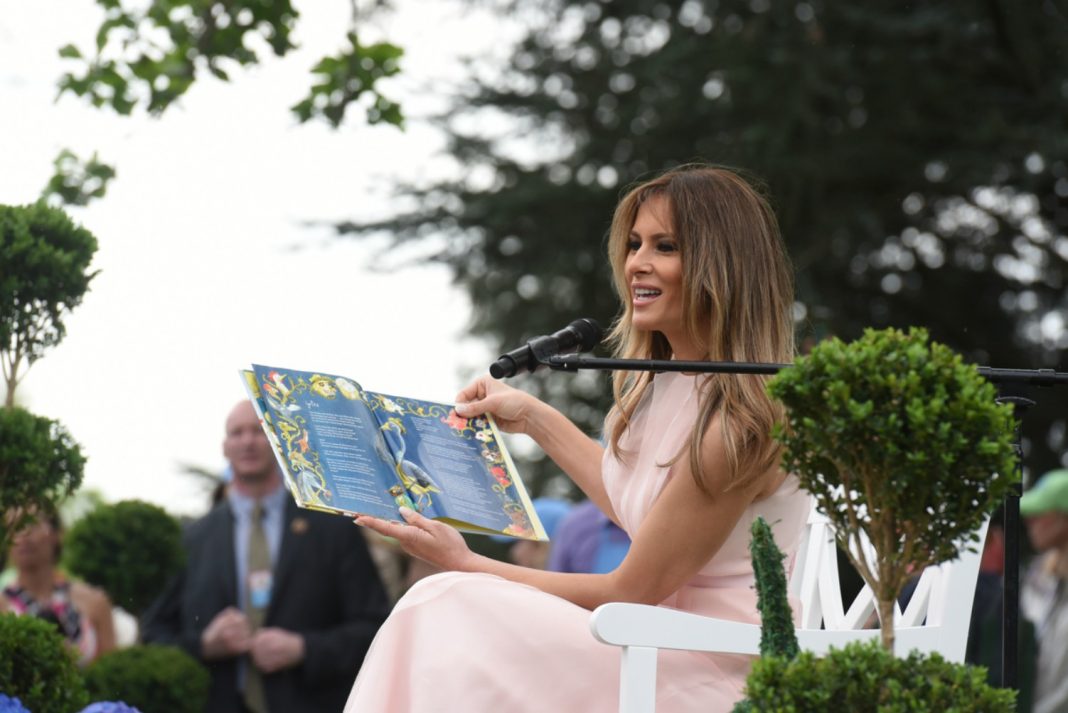 Before a pair of positive COVID-19 tests sucked all the air out of the room, all ears were on newly released recordings of First Lady Melania Trump complaining about everything from Christmas decorations to the liberal media’s reporting on the plight of migrant children detained at the border.

The recordings, taken in the summer of 2018, were shared with CNN’s Anderson Cooper by Stephanie Winston Wolkoff, the First Lady’s former aide and author of the recent tell-all Melania and Me. Melania Trump’s chief of staff Stephanie Grisham released a statement calling Wolkoff’s move a “clear attempt at relevance.” She continues, “The timing of this continues to be suspect—as does this never-ending exercise in self-pity and narcissism.”

Wolkoff’s motives aside, the White House hasn’t commented on the content of the conversations. Here’s what was said:

On the traditional First Lady duty of decorating the White House for the holidays:

On decorating the White House for the holidays amid criticism about the treatment of migrant children on the border:

“OK, and then I do it and I say that I’m working on Christmas and planning for the Christmas and they said, ‘Oh, what about the children that they were separated?’ Give me a fucking break. Where they were saying anything when Obama did that? I can not go, I was trying get the kid reunited with the mom. I didn’t have a chance—needs to go through the process and through the law.”

On being dubious about migrants’ accounts of the dangers they faced in the home countries:

“A lot of like moms and kids they are teached how to do it. They go over and they say like, ‘Oh, we will be killed by a gang member, we will be, you know, it’s so dangerous.’ So they are allowed to stay here.”
“It’s not true that they would, you know what I mean … they’re not professional but they are teached by other people what to say to come over and to you know let them go to stay here. Because they could easily stay in Mexico but they don’t want to stay in Mexico because Mexico doesn’t take care of them the same as America does.”
The summer the recordings were taken was the same summer Melania Trump was photographed wearing a Zara jacket emblazoned with the message, “I really don’t care, do u?” on her way to visit a border detention facility. She later said it was a message to the media.
Regarding the revelation that she and President Trump had tested positive for COVID-19, Melania Trump tweeted Friday morning that she’s experiencing “mild symptoms” but was “looking forward to a speedy recovery.”

RELATED: The Agony of Being a Trump in the Trump Era