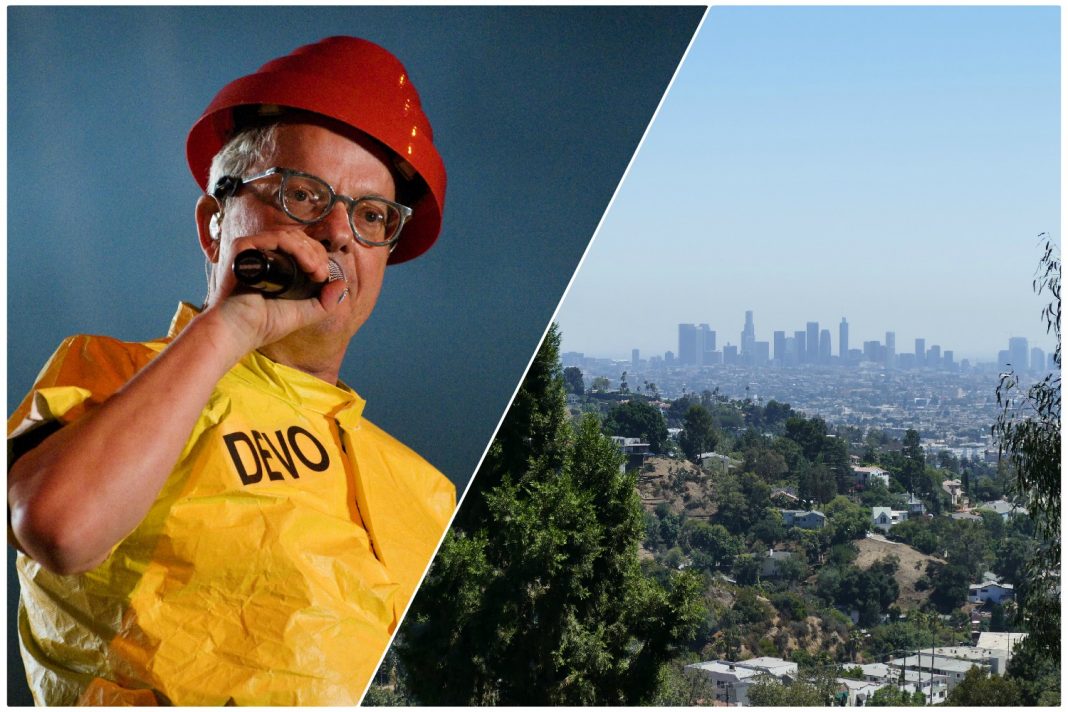 In ancient Rome, it was censor Appius Claudius Caecus who oversaw issues of moral conduct. On Appian Way, the narrow winding street named for him in the Hollywood Hills, all hell is breaking loose. “There’s damage to property and cars. I’ve seen someone taking a s**t on the street opposite my home, people having sex in cars. All of a sudden it just feels like the wild west,” a resident told the Daily Mail earlier this week.

TikTokers Bryce Hall, 21, Noah Beck, 19, and Blake Gray, 19, are among the newest residents of the neighborhood, and their house is among at least three that neighbors say have been hosting blowouts so big that the SWAT team has reportedly been called in to shut them down. Upward of 100 guests have been snaking up the narrow canyon streets to attend “COVID parties” with strippers, fireworks, and, can we just say, very little social distancing. The Los Angeles Police Department has not confirmed the allegations, but Mayor Garcetti’s office announced that the TikTokers’ electricity was turned off in an effort to end the shenanigans at their house.

“Despite several warnings, this house has turned into a nightclub in the hills, hosting large gatherings in flagrant violation of our public health orders,” Garcetti said in a statement.

The four-bedroom, three-level modernist house is two-and-a-half years old and valued at $8.2 million. The trio reportedly rents it for $50,000 a month. Two other nearby residences are also said to have been rented to party people.

“It goes on all day long,” neighbor Anita Greenspan told the Daily Mail. “It makes me crazy, the sheer inconsideration. There are people in the pool screaming, they’re blasting music, and there are cars parked all down the street. They don’t seem to care about public health.” Her husband, composer and DEVO frontman Mark Mothersbaugh, is recovering from COVID-19, which he contracted in June. The 70-year-old singer spent time in the Intensive Care Unit and his wife wants a little peace for him. “I’ve experienced it first-hand,” Greenspan said of the virus. “There was a week where my daughters thought [Mark] would die.”

Mothersbaugh has lived in the neighborhood for more than 15 years. His property was formerly owned by relatives of Mitzi March Mogul, a historic preservation consultant related to previous owners of the property, who believes she discovered the ruins of a grand hotel of the silent film era while exploring the hillside. “We think it might have been the Lookout Mountain Inn,” she said, referring to the bar and restaurant that burned down more than a century ago.

The isolated canyons were a popular place for all manner of vice throughout the prohibition era. “It was wild up there from the teens to this day,” says historian Marc Wanamaker. “Everything illicit was in the canyon because it was remote. Bodies were dropped off there. Police raided speakeasies. You could say it has a tradition of illicit parties and illicit drinking.”

The TikTokers might be loud and inconsiderate, but at least the police haven’t found a body up there yet. The more things change…