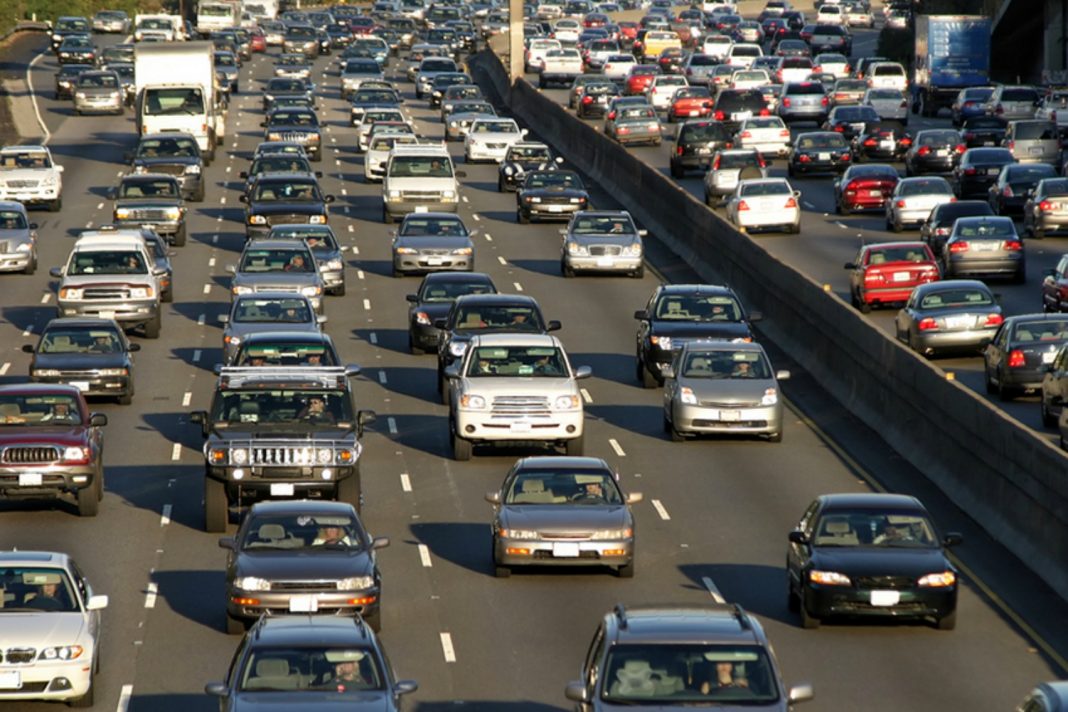 Los Angeles lost the dubious honor of being the country’s most traffic-afflicted region, dropping to second place for the first time since at least the early ’80s, according to a new report.

If you’ve been on L.A.-area roadway recently or even late last year, this might be hard to believe, but the Texas A&M Transportation Institute’s 2021 Mobility Report found that the New York-Newark area actually had worse traffic than the Los Angeles-Long Beach-Anaheim region in 2020, based on hours of delay.

The report showed that drivers in the Big Apple and its environs spent a collective 494,268 hours stuck in traffic in 2020, while Los Angeles-area drivers lost a mere 365,543 hours.

With Governor Gavin Newsom’s COVID-19 stay-at-home orders in place for most of the year, many SoCal residents worked from home, temporarily emptying the roads and causing traffic time to plummet, the report showed. A year earlier, in 2019, L.A.-area commuters spent a whopping 952,183 stuck in traffic.

The drop in traffic delays was a nationwide phenomenon last year, but the report indicates light traffic only lasted from March through May. In June 2020, rush hour reared its head again and delays began their return to pre-pandemic levels.

The days of free-flowing traffic in L.A. are long gone. Hope you enjoyed it while it lasted.