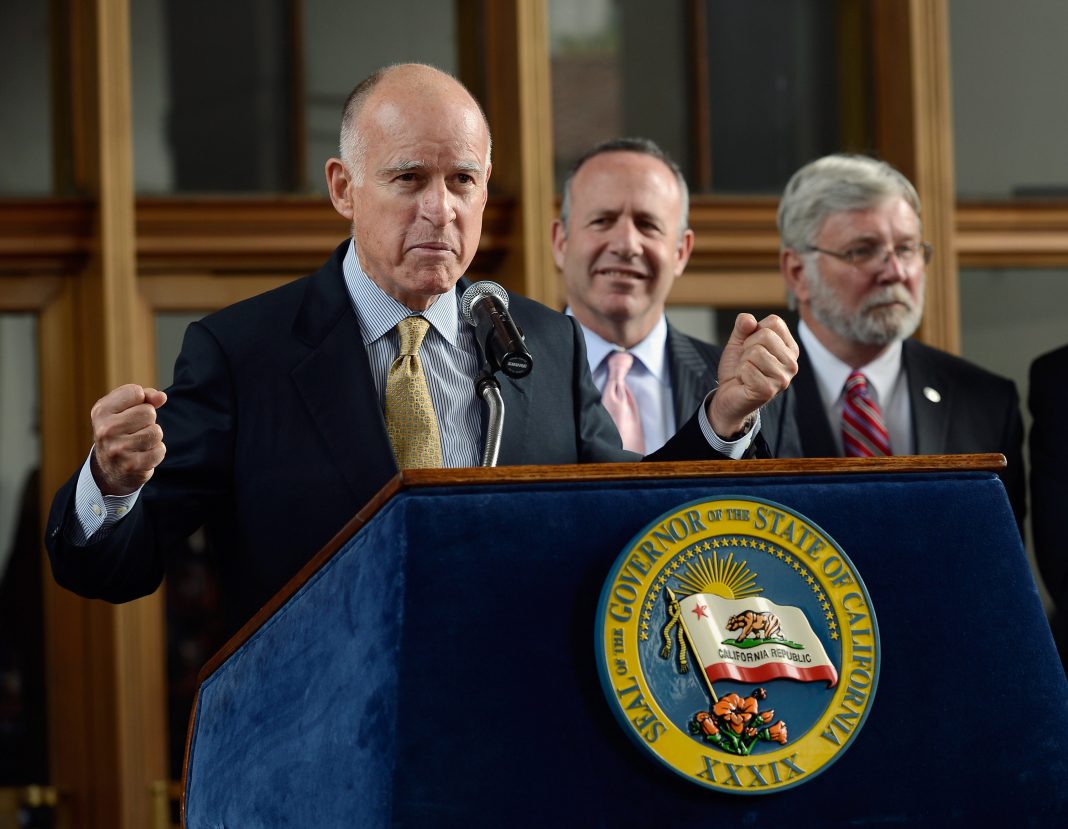 At the end of last week, Jerry Brown had a stack of bills on his desk that had all been approved by the state legislature, and a deadline. By Sunday night, he was required to either sign or veto anything the legislature had given him during the session. Those 183 bills represented his last chance to affirm or reject laws for the state before the end of his term as California’s longest-serving governor.

Here are a few of the major bills that Governor Brown’s pen touched in recent days. Anything signed will take effect on January 1, 2019. Vetoed bills will be returned to the legislature and could be up to Gavin Newsom or John Cox to settle in the next term.

With SB-822, Brown signed into California law the strictest Net Neutrality standards in the country. Under the rule, every broadband internet subscriber in the state is entitled to the same content at the same speed, and service providers can’t block or slow your ability to view programming or information from their competitors. Almost before the ink on Brown’s signature could dry, the federal Department of Justice announced it would be filing a lawsuit to block the law’s implementation; not surprising given the administration’s previous roll-back of Obama-era federal Net Neutrality protections.

Ban on Nondisclosure Agreements in Cases of Sexual Harassment, Assault, and Discrimination (SB-820)

Two of the four so-called “#MeToo Bills” were signed, limiting employers’ abilities to use legally binding nondisclosure agreements to silence or punish workers who want to publicly report workplace abuses. The other two of the four, however, were vetoed. AB-3080 would have banned the practice of forcing workers into binding, private arbitration of harassment claims. AB-1870 would have extended the deadline to file a harassment or discrimination claim with the California Department of Fair Employment and Housing to three years.

With this on the books, California becomes the first state to ever require corporations to include females in leadership. To continue to operate, any publicly-held business will (theoretically) have to prove they have at least one woman on the board by the end of 2019. Brown acknowledged the bill’s “potential flaws that may prove fatal to its ultimate implementation,” but he decided to approve the measure as something of a symbolic act.

Brown signed this pair of bills, both of which are aimed at increasing law enforcement transparency. Police unions across the state had vehemently lobbied against both (though the California Police Chiefs Association did back SB-1421), but with the recent shooting of Stephon Clark by Sacramento police fresh in the memory, increasing accountability won out.

These two bills, both sponsored by Los Angeles representatives, attempt to reform how the state approaches criminal justice for young people. SB-1391 was strongly opposed by law enforcement and some victims’ rights advocates, and in his signing statement, Brown noted that he had “carefully listened to that opposition” before making his decision. In the end, he wrote that there was a “fundamental principle at stake here: whether we want a society which at least attempts to reform the youngest offenders before consigning them to adult prisons where their likelihood of becoming a lifelong criminal is so much higher.” He also signed the related SB-439, which prohibits prosecutions of crimes other than murder or forcible sexual assault by children under age 12.

California already has some of the tightest gun control laws in the United States, but Governor Brown just added a few more. Sales of handguns were already limited to those 21 and over, so SB-1100 brings “long guns” such as rifles and shotguns under the same standard (with certain exceptions for members of the military, law enforcement officers, and those with valid California hunting licenses). The other big moves here are AB-1968, which institutes a new lifetime ban on gun purchases for anyone involuntarily committed to a metal health facility and determined to be a danger to themselves or others, and AB-3129 which does the same for people convicted of domestic violence. Brown didn’t just sign every gun control bill that landed in his stack, however; he vetoed a measure that would have placed some very specific limitations on gun show sales.

This law, introduced by L.A. assembly member Sydney Kamlager-Dove, puts a nine-month time limit on any lawsuits relating to environmental impact complaints surrounding construction of the new arena complex in Inglewood, something Clippers management argued they need in order to be able to meet the projected 2024 opening date. In exchange, the project is required to make certain efforts to reduce greenhouse emissions and promote use of public transportation for getting to games. Brown also signed a second very similar bill giving the same fast-track status to construction of a new stadium for the Oakland A’s baseball team.

This bill would have launched a five-year pilot program in nine California cities to study the impacts of allowing for some venues that serve alcohol to have the option to continue serving for two hours later than the current mandatory 2 a.m. cut off. Those nine pilot cities were to include Los Angeles, West Hollywood, Long Beach, Palm Springs, Cathedral City, and Coachella. However, the governor vetoed the project, fearing what he said could turn into two hours of “mayhem.”

This bill, introduced by L.A. state senator (and current candidate for U.S. Senate) Kevin de León was deemed a “bold idea” by Brown, but was probably always more of a political play than a long-term policy since other states have passed similar measures and the IRS has already announced it will be nullifying them by the end of this year. The concept was to allow taxpayers to claim a charitable deduction on their federal taxes for any California state tax burdens that exceed the $10,000 limit set by the Trump tax plan.