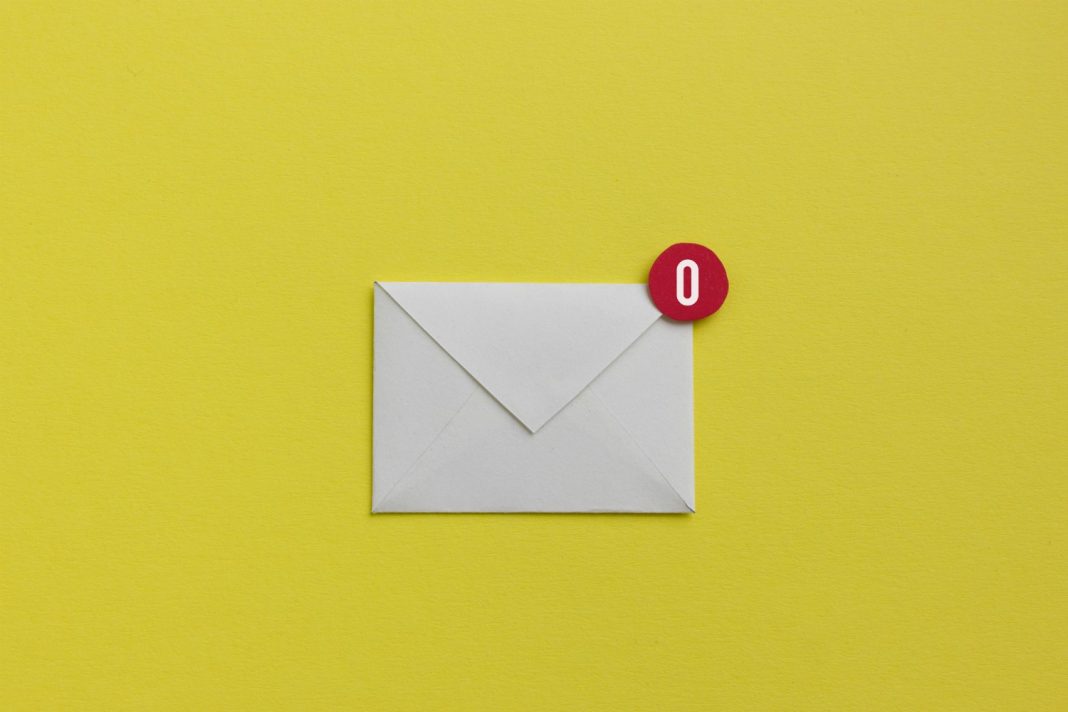 Somewhere in the back of my mind, there’s an ideal Liz O., a human woman as efficient as a robot who never lets an email go unanswered, who knows exactly where to file each message, who never opens Mail with dread. She always maintains “Inbox Zero.” And I intended to get around to that goal, much like I intend to take a vacation or go to brunch. Someday, those things will happen, but not today.

Instead, I wandered over to my computer on October 9 in the usual haze of morning anxiety thinking about the story I had to write, the pitches I had to send, the paycheck that had yet to arrive, and the mountain of tasks that I wanted to complete before that night. Organizing my inbox wasn’t even on my to-do list—until I opened Mail and encountered the dreaded Pinwheel of Death. That multi-colored Apple icon kept spinning and I kept staring at it with under-caffeinated eyes and through the smudged lenses of my glasses.

I don’t know how much time passed, enough where I attempted to force quit more than once. I started hearing an exasperated Roy from The IT Crowd asking if I tried turning it off and on again. A hard reboot worked, until I opened Mail once more and the pinwheel returned.

After the second reboot, I figured there had to be a solution: Do not open Mail. Go directly to webmail. Delete (almost) everything. And that’s what I did. I scanned my inbox for messages from the past month or so, filed the few emails related to current projects and trashed everything else. There were thousands of emails dating back to 2016, which was probably the last time I tried to clean this mess. I deleted them all in batches—50, 100, 200 at a time—and couldn’t stop. Every time I thought I was done, more appeared. I didn’t take time to look at what I was deleting, let alone contemplate how and why I became a digital hoarder. This shit just had to go.

The initial purge took about an hour or so and, immediately, I saw a difference. Mail opened without any problems. I checked my phone and even that was running smoother without the old stockpile of emails loading every time I went to check for a new message.

I had hit Inbox Zero, but wasn’t about to stop there. My work email is Yahoo, which will make me the butt of a lot of jokes, but I actually like the folder system. The only problem is that I never bothered to clean out those folders. That would change. In between the day’s tasks, I returned to my webmail to delete and archive old messages. (WTF? Why do have shit in here that’s more than a decade old?) I scrapped folders that were redundant or no longer relevant and kept up with that process in the days that followed. Now, my email system is about as organized as it’s every going to get and, while weeks have passed since that initial cleaning frenzy, I’m still making sure that my inbox is empty when I finish work.

I cleared out my inbox to help my computer, but it’s helping my mind too. Before, I was often the one who would freeze at the sight of my email. There’s not enough time to read every message and the volume of them is often so overwhelming that I couldn’t even figure out where to start. I would leave things for later, but then forget about them. Quickly, they would be buried by a mountain of other stuff. Now that the only messages in my inbox are from that day, I can quickly figure out what can be deleted, what should be read and what needs a response.

Inbox Zero was a total life-changer. I’m still not as efficient as I would like to be, but it’s a step in a positive direction. Maybe I’ll try cleaning out my closet next.