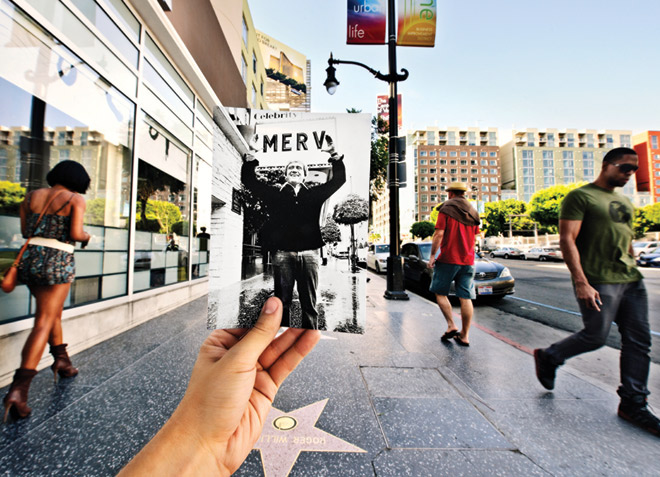 A singer, dancer, bandleader, and talk-show host, Merv Griffin was always on the move. Occasionally he hopped buildings, too. When after a decade he sensed CBS’s commitment toward his Merv Griffin Show was waning, he switched to syndication in 1972 and soon afterward bought a streamline moderne structure from co-owner Sammy Davis Jr. It had previously been home to radio host Tom Breneman’s popular Breakfast in Hollywood program in the 1940s. Griffin is shown in 1977 heroically “propping” his name on the marquee outside the Vine Street building. He shot
his last episode there in 1986. Two fires later ravaged the interior, and the marquee is gone. Today the space is part of a complex that accommodates 300 residents and the chains Baja Fresh and Bed Bath & Beyond.