Home Uncategorized How Can We Keep Los Angeles Secure? 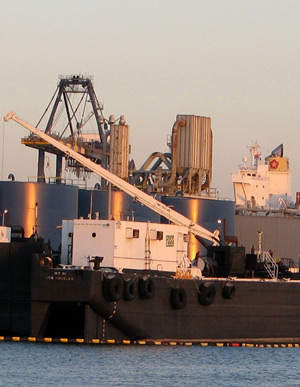 Today’s global terrorism has no front lines, no home fronts. A Nigerian living in London is recruited by terrorists in Yemen to board a plane in Amsterdam to detonate a bomb over Detroit. Terrorists in Chicago plot attacks on targets in Denmark. Jihadist Web sites inspire terrorist plots in Dallas and Springfield. Young men in Minnesota are recruited to carry out bombings in Somalia.

Between September 11, 2001, and the end of 2009, 44 publicly reported cases of domestic radicalization occurred in the United States. In all, 115 would-be terrorists were arrested or went abroad to join jihad fronts in the Middle East or South Asia. The small number does not suggest a vast terrorist underground in the United States.

In fact, terrorist violence was much greater in the 1970s when the U.S. recorded nearly 600 terrorist incidents. The distribution of this violence reflected political and social geography. A majority of the incidents occurred in six metropolitan areas. With its diverse population, concentration of corporate headquarters despised by the left-wing extremists of the era, and a plethora of foreign legations assigned to the United Nations, offering further targets, New York led the list. Washington, D.C., as the nation’s capital and host to numerous embassies, ranked high as an arena of violent protest. Anti-Castro fanatics made Miami another front, while Puerto Rican and Croatian separatists operated in both New York and Chicago.

On the West Coast, the San Francisco Bay Area was a theater of terrorist operations carried out primarily by radicals on the far left like the New World Liberation Front, the Red Guerrilla Family, and the Symbionese Liberation Army, whose members kidnapped Patty Hearst in Berkeley but died in a shootout with police in Los Angeles. A combination of Cuban, Armenian, Jewish, Taiwanese, and left-wing and right-wing fanatics made Southern California a sixth front.

The most lethal local terrorist campaign, however, was launched by the Alphabet Bomber on behalf of a terrorist group that existed only in his disturbed mind. He intended his bombings as protest against sexual taboos—funny, but lethal as he killed four and injured eight people with his first bomb at LAX. Following a trial in which he proclaimed himself the Messiah, he was sent to a facility for the criminally insane.

Since 9/11, jihadist terrorists, with equally violent fantasies, generally have proved less competent. Of all the terrorist plots they hatched, only two—both involving lone gunmen—succeeded in killing anybody. In these two sad episodes, Major Nidal Hasan, a self-radicalized warrior of jihad, killed 13 and wounded 31 of his fellow soldiers at Fort Hood, Texas. Carlos Bledsoe killed one soldier and wounded another at an Army recruiting station in Little Rock, Arkansas.

Terrorists often attack close to where they reside. Motivated by Internet inspiration and instruction, that could be anywhere. The 19 post-9/11 cases in which the terrorists had advanced their plans far enough to know their targets are spread across the country.  New York leads with four, with three more plots mentioning New York uncovered abroad; Illinois has three, including one in Chicago and one in Springfield. Ohio, New Jersey, Florida, and Washington, D.C., offer one target each. Two cases involved California, one in Lodi and one in Torrance. It can happen here.

What should ordinary citizens do? First, keep things in perspective. Everyday risks are much greater. The average American has about a 1 in 8,000 chance of dying in a traffic accident, and less than 1 in a million chance of being killed by terrorists.

Second, don’t overreact to the latest Hollywood portrayal or breathless warning of imminent doom. Americans need not terrorize themselves. At the same time, preparing for the normal disasters Southern Californians face, from wildfires to earthquakes, will help in the highly unlikely event of a terrorist disaster.

Third, be vigilant. This can sound silly. One is not talking about street corner vigilantes looking for shifty-eyed others. But the fact is, alert citizens have on a number of occasions tipped off authorities to suspicious activity, which led to terrorist arrests.

Finally, and most important, remember that the country’s best defense against terrorism will always be Americans’ traditional courage, self-reliance, tolerance, and humanity.

Currently that word is nearly synonymous with “preventing terrorism” through “Homeland Security” efforts. My answer has several elements. Our vulnerability is an “air, land, and sea” challenge. Currently the most publicly visible defense effort is in aviation. These systems need to continuously harden–and they are. The “on land” issues largely involve the risk of explosive attacks and organized terror assaults (think Mumbai).

Obviously prevention through intense intelligence efforts and rapid “digestion” of actionable intelligence is the key. The Sheriff’s Department partnership with the FBI, LAPD, and many local and federal agencies has proven highly effective in identifying and interrupting terror threats. Finally, preventing threats arriving by sea, most likely through our ports, is a crucial vulnerability to address.

The Los Angeles Sheriff’s Department, Coast Guard, Immigration and Customs Enforcement (ICE), and the Los Angeles Port Police are working as close partners to scrutinize vessels arriving in the ports of Los Angeles and Long Beach. The technical equipment being used to “screen” ships is sophisticated and expensive but well worth the investment. The complex process required to secure the ports demands highly trained law enforcement personnel.

The new Maritime Academy in San Pedro, which is co-managed by LASD and the Port police, is going to be an important component in training police officers who protect our country from terror. These risks and responses are not static. Real vigilance is about much more than staying alert. It must include visionary action, creativity, and “systems agility.” The only way to minimize the risk of terrorism is to know that our opponent is calculating and morphing every day, and that law enforcement must anticipate and adapt–one step ahead of our enemy–every time. In Los Angeles, so far, we have.

The U.S. Coast Guard is working around the clock with other federal, state, municipal, and maritime industry partners to safeguard our homeland from maritime terrorist threats.  Our collective mission is to deter, detect, and defeat any terrorists who intend to attack our economically vital ports or exploit the maritime environment for attacking any community inland, including the city of Los Angeles.

Watching the coast or protecting the economically vital port complex of Los Angeles and Long Beach involves strong cooperative partnerships between law enforcement agencies, emergency responders, port agencies, private businesses, volunteer organizations, and the public.  Out of all these partnerships, leveraging the public to help us detect terrorist activities or their suspicious behaviors shows the most promise in increasing our ability to deter and defeat their aims.  The benefits of leveraging all the citizens of one of the largest cities in the world to help detect the activities of our enemies is a tremendous force multiplier in our maritime partnership’s ability to defend our American way of life.  The nations of Israel and the United Kingdom have developed excellent citizen engagement programs that we in the United States should emulate.

We have worked long and hard to encourage local citizens and maritime industry stakeholders to be vigilant; however, we are ready now to take this a step further. We know vigilance can be improved with better education.  The Coast Guard is moving out to educate Southern Californians in recognizing specific signs that may indicate impending illicit or terrorist activity, which in turn will increase the ability of our responders to defeat a terrorist act in a timely manner. The addition of thousands of trained eyes and ears has the potential to increase the security of our cities and the port complex. This is being accomplished by a local free program called S.E.T.S. (Surveillance, Elicitation, Test of Security and Suspicious Behavior). Participants learn to identify indicators of potential terrorist activity as well as appropriate processes for recording and reporting suspicious behavior.  The S.E.T.S. program provides training and information on detecting suspicious behaviors that have the potential to lead to a terrorist incident.

If you or your organization would be interested in learning more about the S.E.T.S. security outreach program, please call 310-521-3708.  In the meantime, any incident, activity, or behavior that is deemed to be of a suspicious nature should be reported to the National Response Center by calling 1-877-24-WATCH.  Suspicious activity reports can also be submitted by using the center’s online reporting tool.

The Coast Guard together with our city and county partners and most importantly with help from the people of the City of Los Angeles can ensure we remain strong in deterring, detecting, and defeating maritime terrorist attacks against our nation.

Most people don’t realize how vital our local ports are to our economy. Forty percent of the nation’s cargo moves through our ports, and shutting down for even one day could cost billions of dollars and would be devastating. Yet today our ports remain vulnerable to terrorist attacks.

For years I have lobbied for more funding and have spearheaded a port recovery plan in case we are ever attacked.  We’ve made a lot of progress in how funding for port security is distributed, we’ve increased the size of our port police force, and we’ve secured both federal stimulus money and state funding to increase security measures.  But we need to step up our efforts by improving and streamlining the cargo screening and inspection process. Until security at our port gets the same level of funding and attention as our airports, there is still much more to be done.