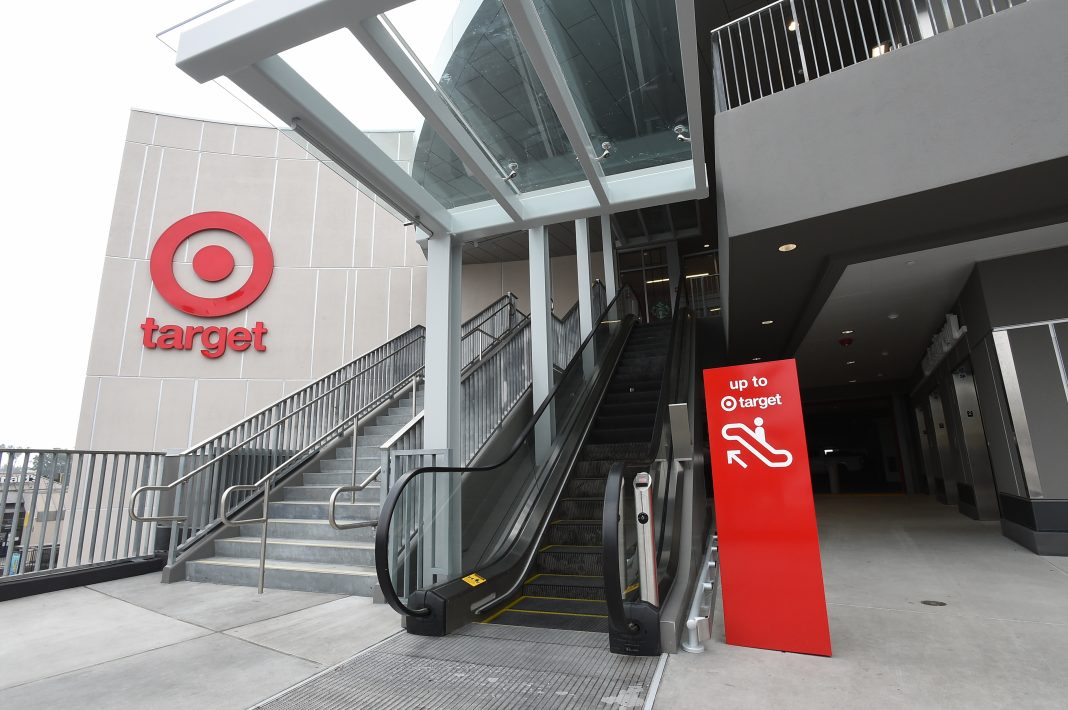 More than a decade after the project began, the new Hollywood Target will finally open this Sunday. Today’s sixth graders have never lived in a world without what has been known to many as the Target Husk, but following a flurry of activity that took place while much of the rest of the world hibernated for the pandemic, the husk is at last set to blossom as a full-grown store.

The Hollywood store’s extra-long journey to completion first started back in 2008; the City Council approved plans for a run-down strip mall to be demolished and rebuilt as a gleaming, nearly-80-foot-tall big-box retailer in June of 2010. Problems began almost immediately.

While the project was supported by then-Councilman Eric Garcetti and a number of community members who turned out at planning meetings, some residents weren’t impressed with the plans. Just weeks after the council’s approval, two lawsuits were filed. While independent, both complaints made similar accusations: that the city had violated rules in granting Target several variances, that the structure was too tall, and that the proposal failed to comply with the California Environmental Quality Act.

And so, in August of that year, Target relented. The company, which had been given permission by City Hall to bypass environmental review, surrendered that privilege, opting to commission an environmental impact report and make any needed adjustments to move forward. That process added 18 months to the development; the city council approved the updated plans again in 2012.

By the time ground was broken, the blueprints called for a 74-foot-tall structure–shorter than before, but still a bit higher than the 35-foot limit set for commercial developments in the surrounding area. By the summer of 2014, a foundation was poured, walls and a roof were beginning to take shape–and then everything screeched to a halt.

Superior Court Judge Richard L. Fruin Jr. sided with the La Mirada Avenue Neighborhood Association and Citizens Coalition Los Angeles in their lawsuit, agreeing that the City Council should not have approved the plan. In another order, the court demanded Target “halt all construction activities” and ordered the council to invalidate the permits that had been issued. The anti-Target groups wanted what had been built so far demolished, but it was allowed to stay in place pending appeals. It would remain untouched until 2016.

Despite the misgivings of the two activists groups, the Los Angeles Times reported that the city council’s enthusiasm to get the Target going again seemed at the time to be shared by many local residents and business owners.

“Everyone who lives in the community needs this Target and wants it,” Brian Folb, a local businessman, said at a city council meeting on the matter. “And it’s just a shame that these technicalities had to keep this important amenity for the community from the residents.”

Nonetheless, a year later, Judge Fruin issued another ruling setting the project back once again. Described by the Times as “a humiliating new legal defeat to Los Angeles elected officials,” the court found that the council “failed to properly examine the environmental impact on the larger neighborhood” which might be created by having an extra-large Target. That ruling paused construction again for nearly two more years.

After additional reviews, the Los Angeles Department of Building and Safety granted permits to resume work on the site in March of 2019; by that June, construction was underway.

“It’s reassuring that this project is moving forward,” Councilmember Mitch O’Farrell, who represents the area, told Curbed. He reiterated what he and his council colleagues had contended throughout the process that the new store will “provide a great deal of economic activity to the Hollywood area, employ local residents, and make the neighborhood more walkable and livable.”

Slated to finally open during the summer of 2020, the pandemic presented one final challenge to the project–until the city found a way to make a little bit of lemonade out of the COVID-19 lemons. Essential construction projects were cleared to continue, but safer-at-home orders meant few cars were on the roads. The city took the opportunity to institute temporary lane closures on usually busy Sunset Boulevard and Western Avenue that allowed work at the Target to be expedited.

“We are taking every opportunity for what would normally cause very negative traffic impacts to move full force ahead in this time of light traffic,” O’Farrell told the Beverly Press.

At last, on October 25, what might be the longest-awaited Target in the world will finally open to the public. And it won’t be alone. It’s one of six Target stores across Southern California all set to open on the same day–but none of those stores ever inspired a parody Twitter account.