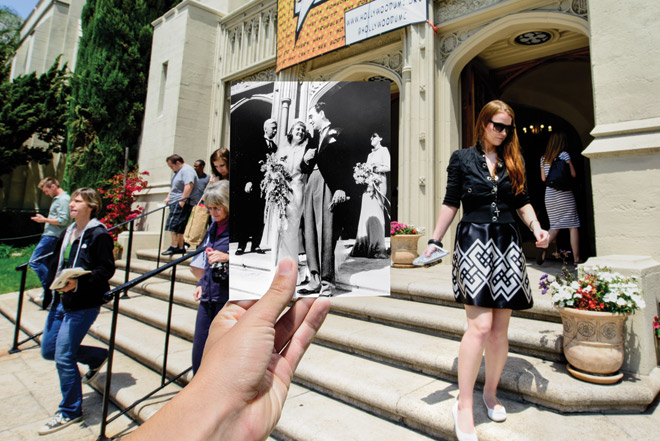 Busby Berkeley’s specialty was coordinating such grand musicals as Babes in Arms and Gold Diggers in Paris. Positioning a single camera high above the action, the director-choreographer created elaborate dance sequences for showgirls moving with drill-like precision. Berkeley loved close-ups of beautiful women, which might explain why he was married six times. He wed wife number two, silent film star Merna Kennedy, on February 10, 1934, at the newly built Hollywood United Methodist Church, the iconic house of worship that years later would attach an AIDS ribbon to its facade. Kennedy was done with showbiz by the time they divorced the following year, but the church has gone on to appear in movies ranging from The Godfather to Sister Act.