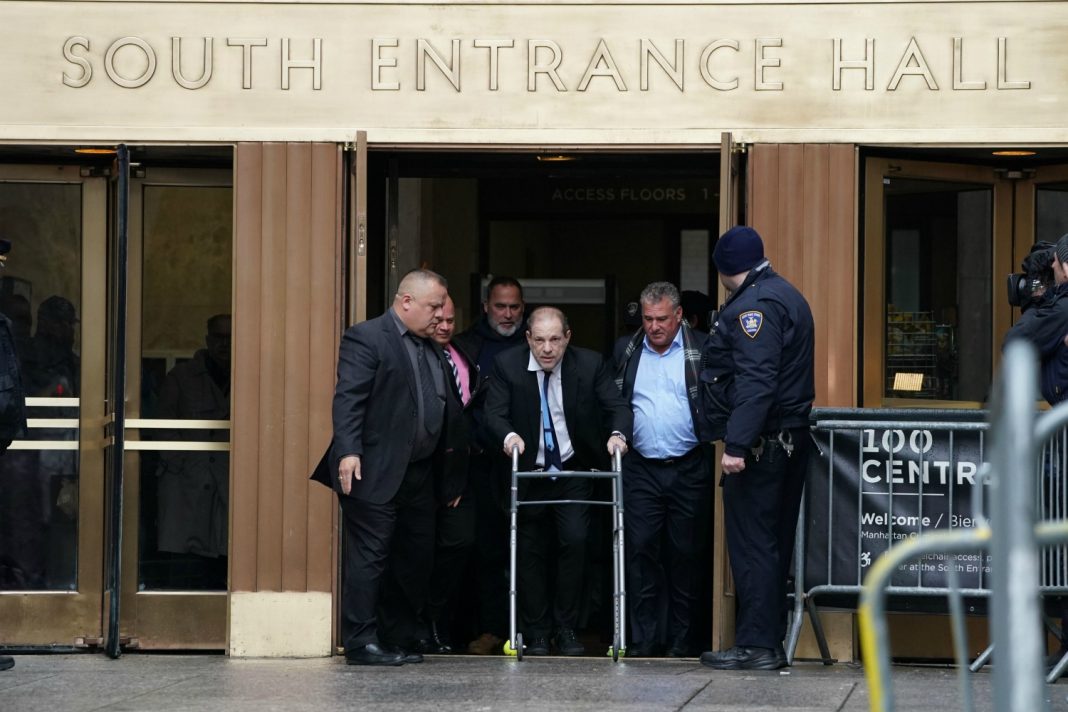 A former model filed a lawsuit in New York today against disgraced movie mogul Harvey Weinstein, claiming he sexually assaulted her in his Soho apartment in 2002, when she was 16 years-old, the Los Angeles Times reports.

Kaja Sokola, now a clinical psychiatrist in her native Poland, claims in the suit that when she was an aspiring young actress Weinstein asked her to lunch to discuss her career, only to take her to the apartment where he “aggressively and threateningly demanded sex.”

The then-Miramax chief “instructed her take off her clothes” and “to touch herself” before forcing her to touch his penis as he “grabbed at her breasts,” the suit alleges, making Sokola the first person to accuse Weinstein of assaulting them when they were a minor.

This marks new territory in the Weinstein case, as one of his defenses has been to deny any accusations of non-consensual sex, and a minor cannot give consent.

In the filing, attorneys for Sokola say that after the assault Weinstein—who has been accused of sexual misconduct by more than 80 women and is set to stand trial for rape next month—then refused to let her leave his apartment while he spewed threats about her career, telling her he had “made” Gwyneth Paltrow and Penelope Cruz.

“Harvey Weinstein made clear that refusing his sexual demands would mean giving up the opportunity to make it in Hollywood,” the suit states.

Sokola is one of several women who refused to accept a controversial $47 million class action settlement with Weinstein and Disney (which bought Miramax in 2003), that would have paid only $25 million to Weinstein’s alleged victims. Roughly $12.2 million would go to Weinstein’s legal fees and the rest to his other creditors, all of which would be paid by insurance, with nothing coming out of Weinstein’s personal fortune.

Sokola said in a statement to the Times that she “cannot accept the proposed ‘global settlement’ as fair or just. There is no accountability for the perpetrators, insufficient compensation for all of the victims, and millions of dollars going to people that I believe enabled Weinstein …. I know that this lawsuit cannot erase the pain that I have been living with for 17 years. But I do hope to achieve at least some measure of justice that has still been denied to Harvey Weinstein’s many victims.”

Sokola’s attorney, Douglas Wigdor, says his client rejected the settlement “because she wants to hold Weinstein and Disney to account.”

The suit, which also names Miramax co-founder Bob Weinstein as a defendant, further alleges that power brokers at Disney and Miramax, “were aware of Harvey Weinstein’s pattern of misconduct, but the companies that employed him utterly failed to supervise him, and they continued to empower him with their prestige and resources and allowed him to find more victims, including Kaja Sokola.”

Weinstein did not comment and faces possible life in prison if convicted in New York.

RELATED: Harvey Weinstein Worries that Repeatedly Being Accused of Rape Has Really Tarnished His Legacy

Harvey Weinstein Closing Argument: Rape Accusers Were ‘Making it Up’