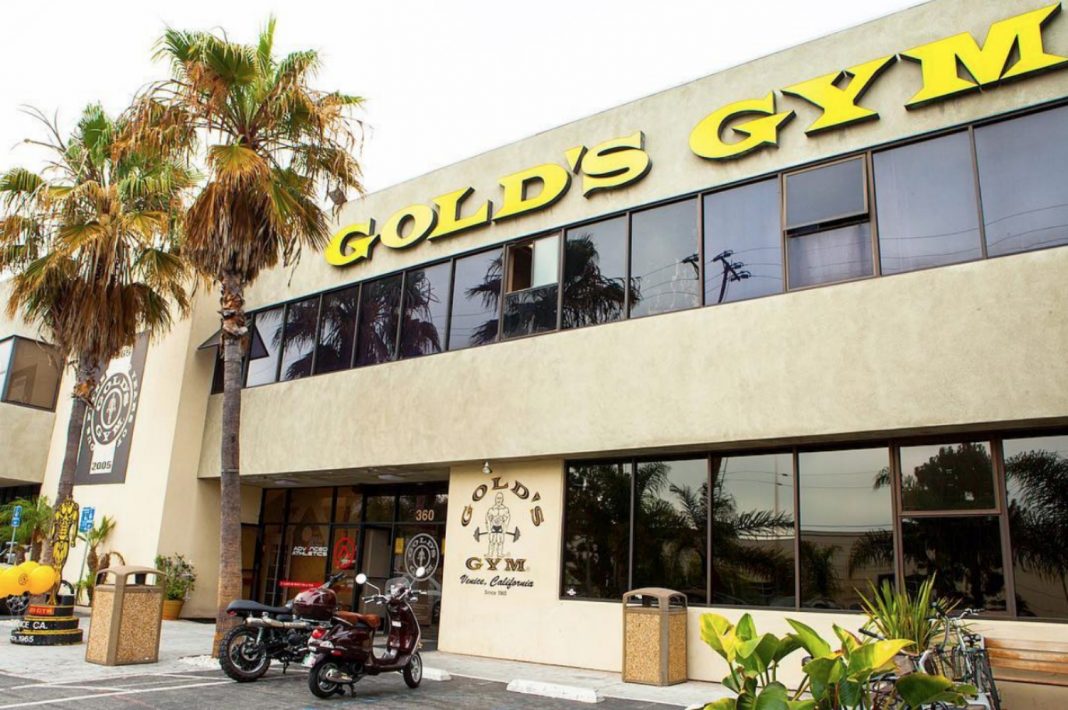 It’s been nearly two months since most of California’s non-essential businesses were ordered to close, and everything from national retail chains to beloved local restaurants are being forced to make tough decisions. Last week, Gold’s Gym announced it was filing for Chapter 11 bankruptcy to reorganize its debt amid the continued shutdown. The temple to iron-pumping has already closed 30 company-owned locations—versus those privately owned by franchisees—but president and CEO Adam Zeitsiff told Patch that the “brand is strong” and that the Venice location will be spared.

Founded by Joe Gold in Venice Beach in 1965, the gym had its first brush with worldwide fame when it was featured in Arnold Schwarzenegger’s 1977 movie Pumping Iron. The current Venice gym—a massive 47,000-square-foot space on Hampton Drive—is right around the corner from the original location, which sat at 1006 Pacific Avenue.

The company has its name on 700 global gyms, but actually owns only 10 percent of the brand’s global locations. A statement issued last week says the company plans to emerge from reorganization in August, if not sooner. In an interview with Patch, Zeitsiff was optimistic, saying, “Gold’s Gym has been the world’s trusted fitness authority for more than 50 years, and we can assure our members that are company-owned gym in Venice is absolutely not going anywhere.”

He added, “We want to be 100 percent clear that Gold’s Gym is not going out of business. The brand is strong, and we’ll continue to innovate and grow our digital business, our licensing program and our global footprint as we focus on serving our millions of members across the world.”

RELATED: The Rise and Fall of Bill Pettis, the Man With “The Biggest Arms in the World”

The Rise and Fall of Bill Pettis, the Man With the ‘Biggest Arms in the World’