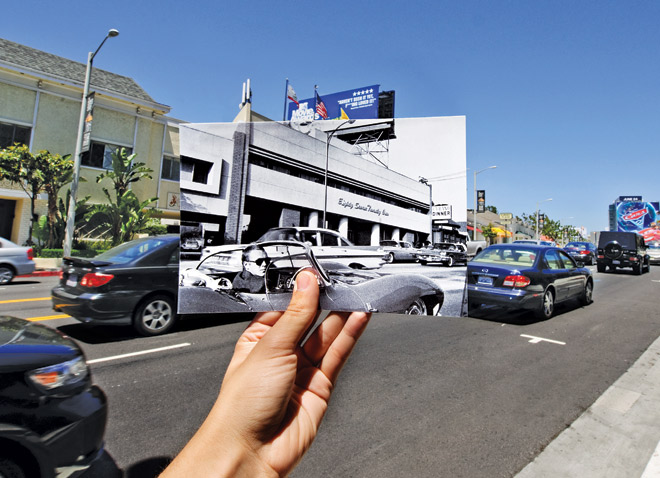 Steve McQueen loved cars—so much so that he flirted with racing professionally, especially early on in his career when he was playing the bounty hunter on CBS’s Wanted: Dead or Alive. For McQueen, who hated westerns, speeding was an escape. He didn’t really need an excuse to hop into his shiny Jaguar XKSS and zip down Sunset. Celebrity photographer Sid Avery shot the heartthrob in late 1960 for a Saturday Evening Post profile as McQueen drove from his Hollywood Hills home to the Goldwyn Studio, where he was trying his hand at comedy in The Honeymoon Machine. The image was never published, the movie fizzled, and McQueen eventually focused on dramas. By the time he appeared in 1968’s Bullitt, he was Hollywood’s highest-paid actor. Though McQueen died in 1980, he was resurrected 25 years later driving a Mustang in a Ford commercial.

The Iconoclast Next Door