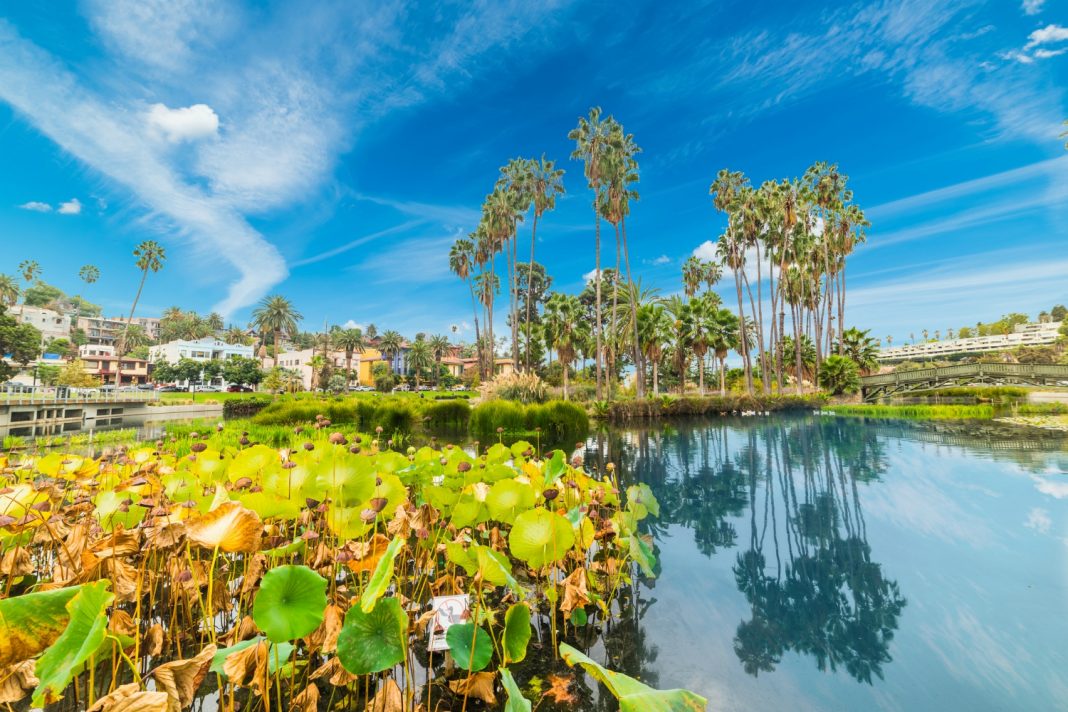 City officials reportedly plan to close Echo Park Lake, a popular park and gathering area for Angelenos, to make a handful of minor repairs. A fence is expected to be erected on Thursday, and an encampment of unhoused residents estimated to include more than 100 tents will be removed as part of the process. No announcement has been made confirming how long the process will keep Echo Park closed.

In advance of the sweep, the Los Angeles Times reports that Los Angeles Homeless Services Authority outreach workers have been attempting to move residents of the encampment into hotel rooms. So far, at least 46 individuals have been placed in hotels.

However, not everyone wants to participate in that program. Advocates say the restrictive nature of the hotel shelter program can feel uncomfortable for some people.

“If there are folks who don’t want to go into the system of housing that currently is being offered to them and that is very restrictive, I’m of the mind that they should have a right to public land,” Jed Parriott of Street Watch L.A. told the Times. “Public land for public good is a phrase I like to say.”

Since November 2019, the park has been home to a robust community of unhoused individuals. In January 2020, an attempt by city workers to clear the park of tents and their residents was foiled by activists who locked arms and blocked maintenance vehicles. The city ultimately backed down. “COVID was a blessing in disguise,” one of the park’s residents told Los Angeles late last year. “The police harassment ceased, and that allowed us time to work on building community.”

It is unclear how long the project will keep the park fenced or closed to the public. A Board of Recreation and Park Commissioners report from last week authorizes approximately $600,000 in “park improvements,” including updates to the north playground, restrooms, bridge, boat house, and lighting, and the replacement of five drinking fountains with “new hydration stations.”

Councilmember O’Farrell’s office did not return multiple requests for comment by Los Angeles. His spokesman told the Times only that, “When official notices of the closure are posted by the Department of Recreation and Parks, our office will alert the public and the media.”