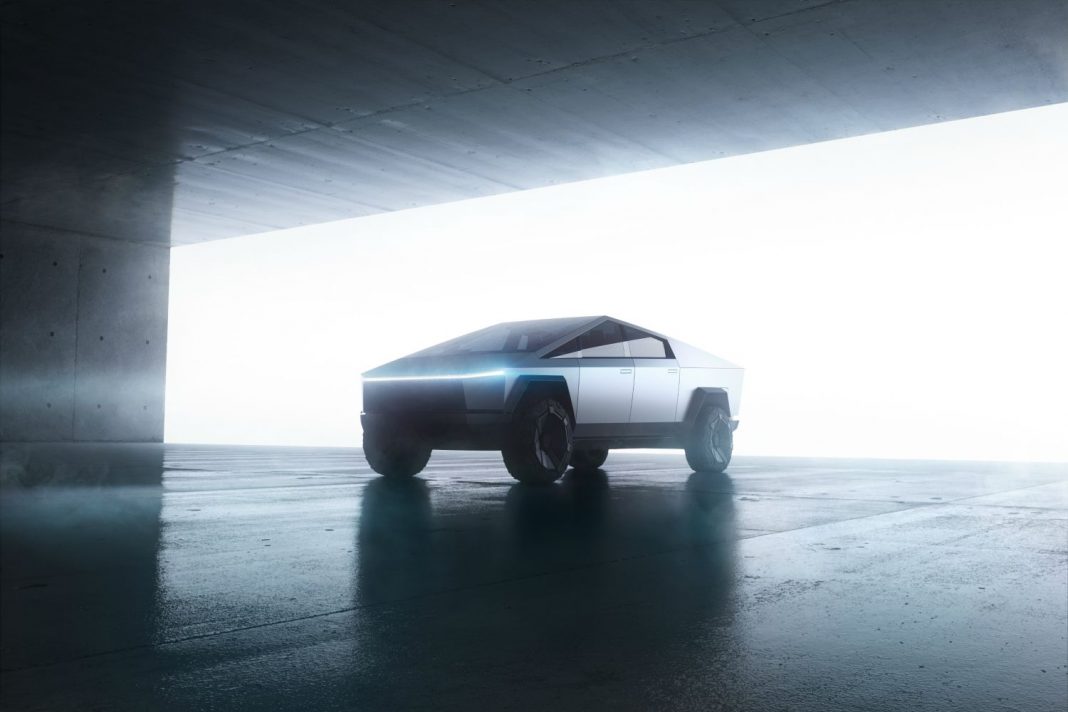 The prototype of Tesla’s much-hyped Cybertruck is on display through July 5 at the reopened Petersen Automotive Museum, the first public showing of the Mad Max-meets-stealth-fighter concept since it debuted at an invitation-only event in Los Angeles last November.

The wedge-shaped, stainless steel brute—which Tesla chief Elon Musk has described with typical restraint as “the coolest car I’ve ever seen”—has been polarizing the auto world ever since one of Musk’s minions famously cracked the truck’s supposedly shatter-proof windows during the debut.

Constructed from cold-rolled stainless steel that Tesla claims is impervious to 9 mm bullets, the Cybertruck and its menacing form factor—initially dismissed as a possible elaborate prank by Musk—now seems more in synch given the current, chaotic zeitgeist gripping the country and world.

Production is expected to begin in late 2021, provided Tesla doesn’t repeat its history of chronically late model debuts. Three versions will be offered, the most powerful with a range of 500 miles, priced $69,900.

Whether or not demand actually exists for a willfully idiosyncratic, all-electric truck—the top three bestselling vehicles in America last year were pickups by Ford, Fiat-Chrysler, and General Motors—Telsa’s Cybertruck could conceivably shake up that lucrative market as thoroughly as its Model S upended the status quo in luxury sedans. In that regard, the prototype at the Petersen could portend a history-making vehicle.

An advance ticket purchase is required to view the Cybertruck and other exhibits at the museum.