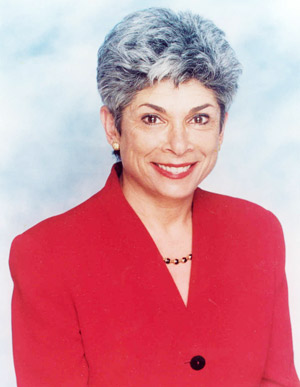 When Laura Chick was named the State of California’s watchdog over nearly $50 billion in federal stimulus money, Sacramento’s gain was L.A.’s loss. During her two terms as city controller, Chick unearthed waste and dry rot at many of L.A.’s public institutions: the school system, the fire department, and the animal services agency, to name a few. Los Angeles magazine editor Mary Melton recently sat down with Chick, who divides her time between Sacramento and Silver Lake, to talk about how to cure what ails L.A.

Mary Melton: Why has L.A. been so ill equipped to weather the economic downturn?
Laura Chick: The city walked right into this crisis with a big, growing, multimillion-dollar structural deficit it had been running for years. As city controller, every year I was writing very strong letters before budget time in March saying, “We need to build up the reserve, we need to save money for a rainy day, this isn’t going to last. We’re spending more than we are making.”

MM: Sounds like your colleagues opted for some deferred maintenance instead.
LC: Do you know how long the city’s leaders have put off stepping back and asking the following question: What is the best and most efficient way to deliver the most high-prioritized services that the public needs and wants for today? When is the last time the city engaged in that kind of effort? No, instead city government has been focused on creating new little things that work in silos and don’t interconnect and don’t necessarily deliver the services in the best way—although they do deliver them in a very expensive way in many cases. The city’s unions also resist change because it is threatening to them. Instead of management and labor sitting down and saying, “Oh, my God, we’ve got a tsunami coming down at us. No way can we keep doing the same old thing, which is raise fees, raise taxes.”

MM: How does this culture of civic incompetence look to outsiders?
LC: I want people living in L.A. to understand: We are the second-largest city in the United States of America. Everyone in the world knows Los Angeles. I don’t want our reputation to be La-La-Land, that we are in this weird city. If that does end up being our reputation, truly earned—that we’re not so much about Hollywood glamour as we are a city that just can’t get things done—then we’re not going to have the reputation for Hollywood glamour, either. If a city becomes a difficult place to live and work in, people don’t have to stay here. There are other places where the weather is pretty good. I moved here as a child in the early ’50s. Now my perspective has changed. I’m living at least two-thirds of the time in Sacramento. L.A. has become a difficult place to live and work in because of the transportation issues, because of the education issues. There are other infrastructure issues that I’m not sure we are handling well.

MM: So how do we move from “survive” to “revive”?
LC: Someone famous told me that in one of the main Chinese languages, the word for “crisis” is made up of symbols for two words: one is “danger,” and one is “opportunity.” I loved hearing that. We’re in a crisis, and again we’re going back to that treading water. We’re in danger of going under and drowning, or we could come out stronger and better for the experience.

MM: L.A. tends to be pretty apathetic about local government—low-level grumbling is often as active as people get. How do you help them to get their arms around our messy politics?
LC: One of the ways is getting them interested in what local government means in their daily lives. To do that, you find some real live stories that focus on a city not well run—nightmare stories that really happened.

MM: Why has there been such a dearth of bare-knuckled public servants in L.A.?
LC: The rule in City Hall is, you don’t say anything, ever, publicly to make your colleagues look bad. Which is why I was the bad girl of the tribe—you know, I broke those rules. I broke those rules when I was on the council, and I broke those rules afterwards. To me those are dangerous rules.

MM: I’m concerned that we aren’t doing enough to cultivate our next generation of civic leaders.
LC: You should be. I’m not whiny or cynical about it, but it’s about money. I would have thought more seriously about running for mayor. I might have even thought about running for governor, but I never even opened that door remotely because of the dollars and the fund-raising. It’s kind of crazy.

MM: Any words of encouragement?
LC: I’m becoming an impatient old lady. I don’t know why we can’t fix these things. I’ve worked in the city, I’ve lived here all my life, almost, but here’s what it really is: It is not rocket science to make it much better. What it is is courage and will, some staying power. Put aside the glam a little bit and just do the bloody hard work. And the glam will come.