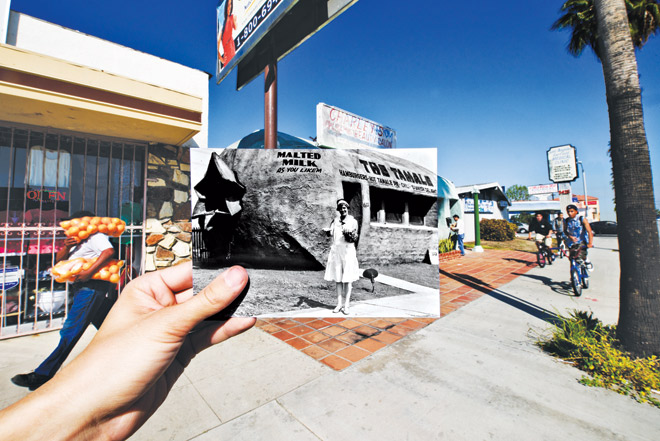 Although L.A. didn’t invent it, the city wholeheartedly embraced programmatic architecture in the late 1920s. These buildings literally embodied the product being offered—diners hankering for frankfurters knew to look for the hot dog-shaped Tail o’ the Pup. Most were erected by entrepreneurs as quirky as their designs, usually without the advice of an architect. An early example was the Tamale in East L.A., built in 1930. The restaurant served hamburgers, chili, and “Spanish” fare unrecognizable to Spaniards. Very few of the whimsical structures have survived. The 980-square-foot space is now home to two businesses: Charley’s Beauty Salon and Solution Dental Lab. Stylists and technicians have replaced the cooks of old.