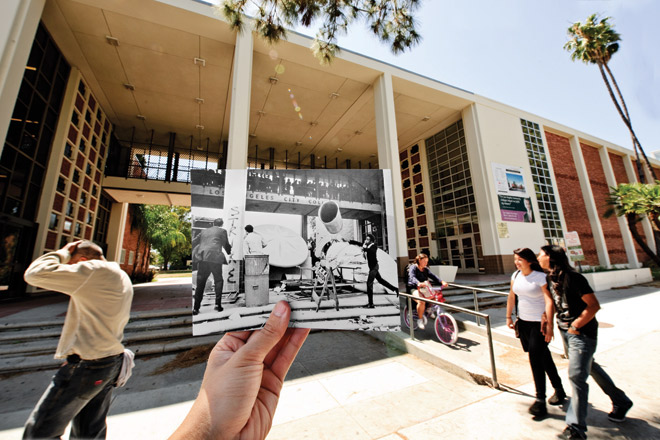 In the spring of 1969, an activist visited Carver Junior High to protest inadequate education in black communities. When he refused to leave and students rallied around him, the LAPD was called. They suppressed the demonstration with such force that four girls wound up in the hospital. Outrage over the episode sparked more campus demonstrations across town. Herald Examiner photographer Joe Messinger shot the unrest on March 12 at Los Angeles City College. Soon after he snapped the photo, he, too, became a victim of brutality when several young men struck and kicked him. Messinger doesn’t remember feeling any pain. “I was too busy protecting the camera,” he says, “which I did.” The multicampus unrest lasted one week. Today opposition to budget cuts at LACC are more tempered, with nary a protest sign in sight.

If Carl Bernstein Has Chills About the Trump Impeachment, He’s Not Saying So

This Enormous Wall of Ceramic Deli Food Needs Your Help