Home Media Why Stars Like Beyoncé Are Subverting the Celebrity Profile—and Why It’s a... 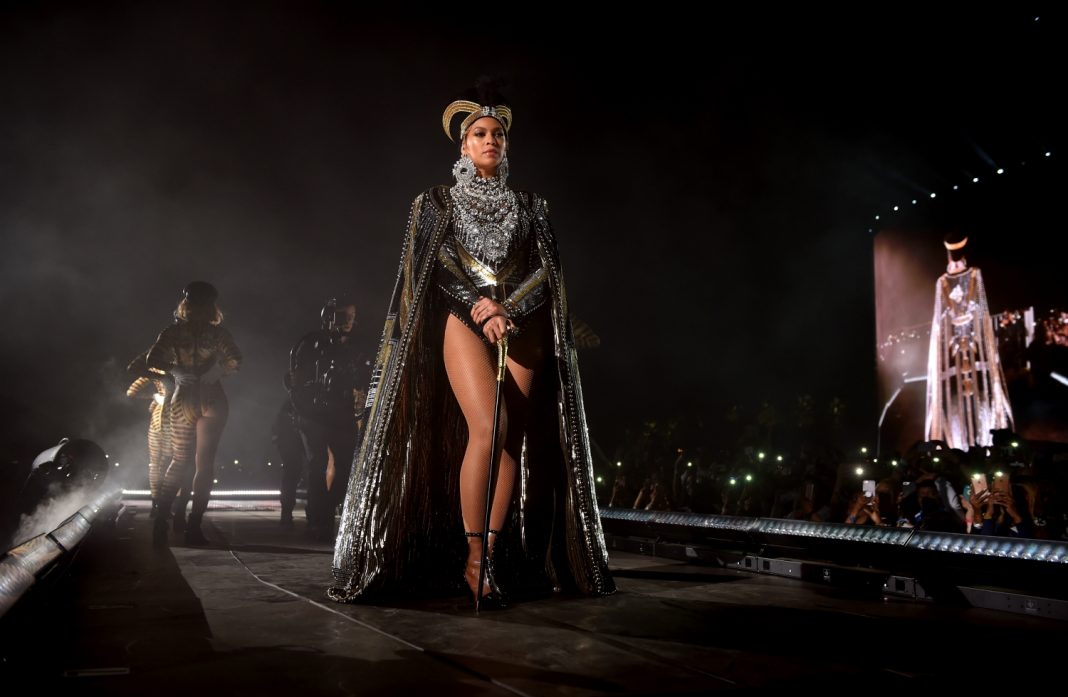 The list of things hastening the demise of traditional media seems to get longer every day: declining advertising revenues, the rise of social media, the spread of “fake news” deepening the public’s mistrust. Now we must add to that list journalism’s most insidious agent of destruction yet: Beyoncé.

At least that’s how Jon Caramanica, pop critic for the New York Times, sees it. In a September 19 piece titled “R.I.P., the Celebrity Profile,” Caramanica says Vogue’s recent decision to let Beyonce supply the magazine with an “in her own words” essay in place of a traditional cover story interview “portends catastrophe” for “devotees of celebrity journalism.” Tim Teeman of the Daily Beast agrees with him, calling it “not-journalism masquerading as a journalistic scoop” and adding, “Not all celebrities can command the control that Beyoncé can, but more will be emboldened to try pushing those boundaries given her success in co-opting Vogue for herself.”

Listen, I attribute Kali-like powers of destruction to Beyoncé as much as the next overawed pop-culture commentator, but everyone needs to take a breath here. Yes, she was apparently given total control over her appearance in Vogue’s September issue, from choosing her own photographer—not incidentally, the first African-American to shoot the magazine’s cover in its 126-year history—to writing her own photo captions (this according to a report in the Huffington Post; Vogue’s editor-in-chief, Anna Wintour, denied that Queen Bey was in charge of the photo shoot but didn’t comment about her involvement otherwise). Beyoncé is an outlier, not a harbinger. Her Vogue coup doesn’t portend the downfall of celebrity journalism.

Or does it? “[I]t’s not an isolated incident,” warns Caramanica, noting that other A-list pop stars including Taylor Swift, Drake, and Frank Ocean are in arrears when it comes to paying their dues to the celebrity journalism machine. Swift, in particular, hasn’t given access to a print publication in two years. (Her July appearance in Harper’s Bazaar, in Caramanica’s view, doesn’t count because she appears not as a profile subject, but as interviewer, usurping the journalist’s role to speak to rock star muse Pattie Boyd.) How can her devoted Swifties survive such a prolonged information drought?

As a consumer of popular culture, I love well-written, insightful profiles of the creators of that culture, too. And as an entertainment journalist myself, I love getting the occasional opportunity to write one. But Caramanica’s alarmist take on the alleged demise of the celebrity profile is based, I think, on a set of false assumptions. He seems convinced that famous creative people somehow owe their existence to the media and therefore owe them a certain level of access. In the past, he writes, “artists didn’t abandon their obligations to the media just because they had reached the pinnacle of fame. Answering questions was part of the job.”

This is a strange assertion to make for a couple of reasons. First and foremost, it isn’t true. Generations of artists have dodged the media at the height of their fame, for any number of reasons. Heck, the most famous celebrity profile ever written, Gay Talese’s 1966 Esquire piece “Frank Sinatra Has a Cold,” is specifically about failing to obtain an interview with its notoriously taciturn subject. Greta Garbo, Bob Dylan, Prince, David Bowie, Lauryn Hill, Axl Rose—describing any conversation such people have had with a reporter as a “rare interview” is almost axiomatic.

“Fame is not a contract that revokes the celebrity’s privacy and hands control of her image and narrative over to journalists.”

But more importantly, much as I would love to read an unfiltered account of life at home with the Carters, the notion that Beyoncé or Jay-Z are under some obligation to open their personal lives to the New York Times or anyone else is absurd. They don’t owe anyone anything. Fame is not a contract that revokes the celebrity’s privacy and hands control of her image and narrative over to journalists. Beyoncé’s job is not to answer questions — it’s to make music and art. How much she reveals of herself outside those endeavors is her choice.

I don’t even take exception to Beyoncé’s decision to not submit to a traditional interview for her Vogue cover. I think an interview would have been much more interesting, but calling the whole thing “an insult to journalism,” as the Daily Beast did, is the kind of hyperbole usually reserved for, well, fawning celebrity profiles. All articles about famous people require, to some degree, a dance between author and subject over who has control of the final product. Pop stars, actors, and their flacks are forever pushing to avoid certain topics, get final quote approval, choose their own stylists and screen their own secondary sources. In a perfect world, writer and editor reject such demands, even if it means the story falls through. But everyone who works in this business knows that sometimes, you make concessions—especially in the case of cover stories, when the celebrity knows her likeness is being used explicitly to sell magazines.

Removing the journalist’s voice from the conversation entirely (Beyoncé’s cover story includes an “as told to” credit to Clover Hope, a respected writer and culture editor for Jezebel) is a mighty big concession. But Beyoncé is a mighty big artist, and such an editorial choice exists along an established continuum (“as told to” pieces, though unusual for cover stories, are hardly unheard of), not a slippery slope.

I think it’s more constructive to view the Beyoncé Vogue cover as cause for reevaluation, not hand-wringing. Maybe the celebrity profile isn’t dead, just in need of some 21st century upgrades. Maybe instead of interrogating celebrities, we should be interrogating the methods by which we do so. What purpose do celebrity profiles serve? Whom do they benefit? What are the ground rules and who gets to decide them? And what reason could Beyoncé have—besides her obvious thirst for total, world-controlling domination—for avoiding and circumventing them?

I can’t presume to know the answer to that last question because, hey, Beyoncé doesn’t do interviews. But I suspect part of the answer is that the celebrity profile, as it has traditionally existed, has not been a level playing field for all celebrities. Too often, capital-M media’s gaze has been male, its perspective white. Women, women of color especially, have at times struggled to be seen as three-dimensional beings with their own opinions and control over their own artistry. Those who have fought against this reductive view have occasionally been punished for it; think of the 1997 Mira Sorvino profile in GQ, in which the writer (an old Harvard classmate of hers with an apparent axe to grind) eviscerated the actress for being too intellectual and talkative, or the 2010 M.I.A. profile in the New York Times, in which she was depicted spouting populist rhetoric while hypocritically eating a truffled French fry (which, it turned out, the reporter had ordered).

The flip side of these hatchet-job profiles are pieces that attempt to be fawning but instead come off as creepy. The worst of them, like a 2014 New Yorker profile of Scarlett Johansson that compared her to a dirty Martini, have inspired their own “Death of the Celebrity Profile” retorts, which in turn have grown so numerous that constantly proclaiming the death of the celebrity profile has become something of an inside joke among journalists.

So given her options, maybe it’s not surprising that Beyoncé would opt for greater control over her own narrative—or that other female celebrities have increasingly been doing so, in myriad ways. Some, like Jennifer Lawrence and Emma Stone, have opted to interview one another. (That one, admittedly, didn’t turn out so great; what might have been charming banter in the room makes for borderline-unreadable transcript.) Others, like Sia and Soon-Yi Previn, have only granted access to writers they know personally. Caramanica finds fault with this, and in Previn’s case, he has a point; the writer, a longtime friend of Woody Allen’s, wouldn’t necessarily be inclined to provide a balanced account of the controversy that still surrounds the couple. But no such controversy surrounds Sia, and it’s hard to imagine the privacy-loving singer allowing a stranger to write a portrait as intimate as her recent profile in Rolling Stone—whose author, it should be noted, is not just some random friend but a veteran journalist, Hillel Aron (whom I worked with at L.A. Weekly; he also contributes to Los Angeles). Aron may have a longstanding, friendly relationship with Sia, but his frank depictions of her awkward dating life and past substance issues make his profile a far cry from a puff piece.

Though such breaks from tradition may be alarming to veteran journalists, they’re less violations than variations on the established form, and don’t portend the collapse of celebrity journalism as we know it. In fact, by most measures, 2018 has been a banner year for the celebrity profile, with candid long-form Q&As with Quincy Jones and Paul McCartney, fascinating portraits of Chevy Chase and Johnny Depp, and charged #MeToo conversations with Uma Thurman and Rose McGowan. Caramanica himself wrote one of the year’s best profiles with his “Into the Wild With Kanye West,” capturing the controversial rapper in all his infuriating, self-contradictory glory.

Behind all these profiles, and the profiles to come, the dance for control between publications and their famous subjects continues. And perhaps, thanks to social media and other forces (including Beyonce’s Vogue cover), the ground beneath them has shifted a bit. But celebrities will continue turning to journalists to help them tell their stories—not because they’re obliged to, but because they choose to. Just like they always have.

Kelis Smashes Pharrell, Calls Out Beyoncé for Using Her ‘Milkshake’