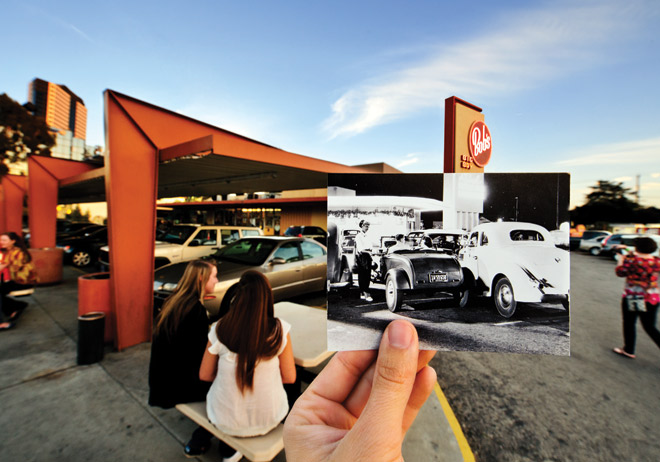 Bob’s Big Boy in Burbank foreshadowed an era. Architect Wayne McAllister designed the modern edifice in 1949 with elements that became the requisite coffee shop aesthetic: prominent neon-wrapped signage and windows the size of a Buick with tail fins. The interior was done Vegas style (McAllister had a hand in creating Sin City, too), but in 1954 most patrons preferred carhop delivery. Drivers made the seating arrangements, as the L.A. auto gods intended. The tables and benches were added for the rideless minority. This Big Boy, the oldest remaining in the nation, hasn’t changed much thanks to preservationists who saved it in 1992. Friday nights are as busy as ever. Out front the portly kid with the pompadour and checked bib overalls still attracts teenagers, their idols, and a certain jut-jawed talk-show host.