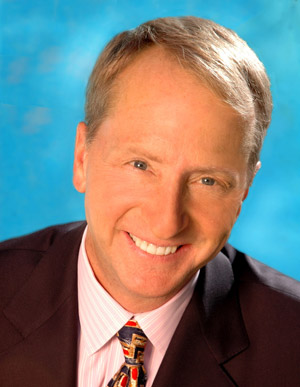 I’m a strong believer in the power of communities to change lives for the better, but much of what I’m witnessing today flies in the face of that belief. In Los Angeles our current situation is pathetic when it comes to the civic responsibility of allotting taxes for services that benefit society at large—something that’s more critical than ever given financial crises affecting people at every level.

Today’s dangerous anti-tax sentiment was presaged in California in 1978 by Proposition 13, which capped property taxes and precipitously reduced municipal revenue. Those who defend Prop. 13 should look at the sorry state of California’s schools, roads, infrastructure, and health care and see how they’ve been shortchanged.

A major factor contributing to the passage of Prop. 13 was the fear that Californians would be priced out of their homes through escalating taxes. While corrections to the tax code may have been in order, Prop. 13’s unintended consequences have hurt property owners of every age—as well as renters and citizens of all stripes—by diminishing the state they call home. Amendments are definitely warranted now.

Education has been particularly hard hit. California’s public education system, once the envy of the nation, ranks near rock bottom today. And while Prop. 13 can surely be blamed, the bad news hasn’t ended.

The anti-tax mob saw it as another encroachment, not a pain-free investment in a better-educated future electorate. Opponents of LAUSD didn’t want another penny to go to them, regardless of the havoc underfunded schools may wreak. That’s just throwing the baby—or more than 675,000 LAUSD-enrolled children—away with the bathwater. How can we live in a globally influential city where taxpayers won’t spare change to keep teachers in classrooms?

K-12 schools aren’t the only ones imperiled. Years of budget cuts to higher education have put colleges and universities at risk—foolishly. As an example, UCLA isn’t just a center for academic, social, and cultural advancement—it’s a powerful stimulus engine. Every dollar taxpayers invest generates almost $15 in economic activity, creating a $9.2 billion impact on greater Los Angeles and a $9.7 billion boost statewide.

Beyond that, think of the lives UCLA touches: the hospital patient who receives life-saving treatment, the nonprofit organization whose work is informed by scholarly research, business leaders who utilize its human capital and job creation, and schoolchildren who learn from teachers educated there.

As the largest population center in California, Los Angeles is deeply affected by substandard education. We are also in a position to have a prominent voice in influencing what future course will be charted.

I want Los Angeles to be a world-class modern metropolis that rises above divisive tactics and is a model for serving the greater good. I want those of us who can afford to pay taxes to not shy away from doing so for political reasons or through what are seen as lucky loopholes.

Ideologically we must understand that the changes required exceed any specific Prop. 13 or Measure E. We Angelenos need to fundamentally believe in our city again and be inspired by the idea that we’re all deserving of a place enlightened by schools and government that work.  Beginning this November, I urge everyone to start electing legislators, locally and statewide, who will help get us there.

David C. Bohnett is head of an early-stage technology fund, Baroda Ventures, chairman of the David Bohnett Foundation, and funder of numerous California and national social justice programs, including the David Bohnett Fellowship Program at UCLA’s School of Public Affairs.