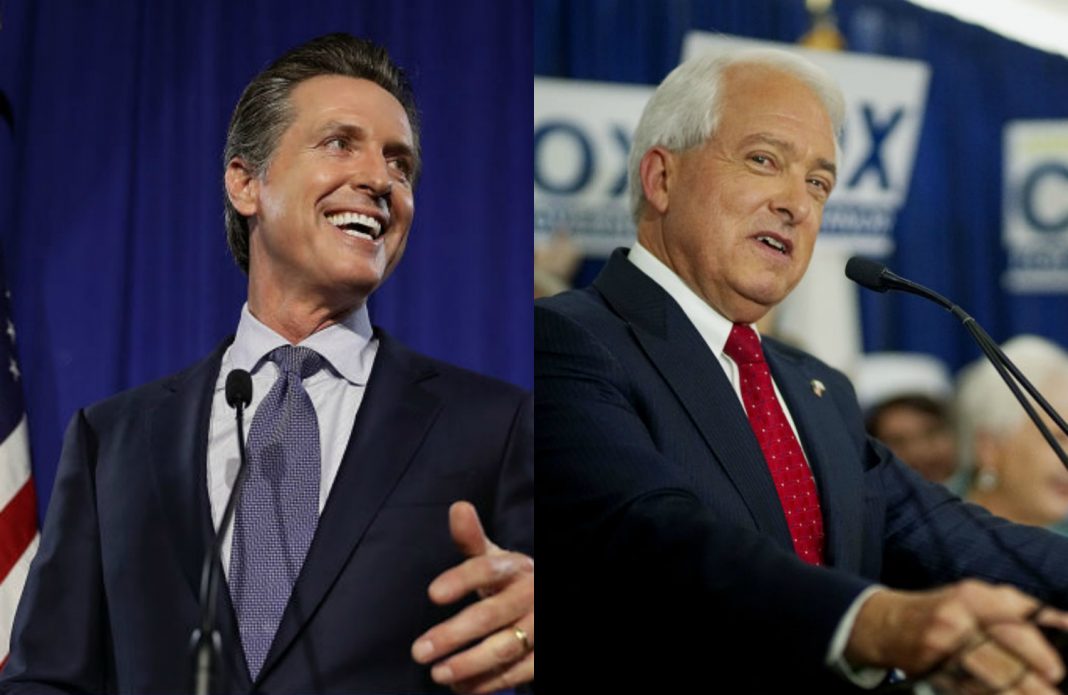 If you missed the only candidate debate in this year’s race for governor of California, we can’t really blame you. The conversation between Gavin Newsom, John Cox, and moderator Scott Shafer took place at 10 a.m. on a Monday, and the KQED-hosted event aired only on select public radio stations and via audio-only web stream.

News outlets had been asking the campaigns to produce some kind of official, public debate. Newsom’s camp was ready to go with a plan for a televised event on CNN on October 1, but that plan ultimately fell through when Cox’s team wanted to establish topics in advance and have input on the journalist who would moderate. The CNN plan came after four previous proposals by Cox, which were all declined by Newsom’s campaign.

Many were listening to see if Republican candidate Cox, who has been lagging behind Newsom in polls and fundraising, would to use the forum as a platform to articulate his policy vision for the state in a new way or make a big play to win over any remaining undecided voters, but no dramatic bombshells ended up being dropped during the conversation.

Still, the candidates took the opportunity to remind voters of their stark differences on policies, including immigration and environmental protection.

On immigration, Cox stated that he would ask the legislature to find a way to revoke the laws that establish California as a “sanctuary state,” and that he supports building a wall along the southern border. Newsom used this as an opportunity to link Cox closely to President Trump and the national Republican agenda.

“I fear that, under a Cox administration working hand-in-glove with Donald Trump, our progressive and enlightened polices on immigration will roll back into the dark ages,” Newsom said.

When it came to a conversation about environmental policy, and specifically the California Environmental Quality Act (CEQA), things got about as heated as at any point in the generally civil and low-key debate. Newsom accused Cox of wanting to abolish the law entirely without a clear strategy for state-wide environmental protections. Cox responded that he blames CEQA for housing affordability problems, and he insinuated that pro-environment “special interests” were unduly influencing Newsom with campaign contributions.

Perhaps the sharpest critique of Newsom came not from Cox, but from Shafer, who pressed the front-runner on his personal temperament and political style. The San Francisco-based reporter called back to Newsom’s tension with the city supervisors when he served as mayor of San Francisco, as well as Newsom’s public frictions with Jerry Brown in his early days as Lieutenant Governor. Newsom didn’t deny that he’s been prickly in the past, but stated that he’s learned how to handle situations better as his career has gone on.

“If you’re looking for timidity, I’m not your person,” Newsom said. “There’s areas of disagreement and sometimes people are disagreeable, but my intention is to go together, not go alone.”

To listen to the full audio of today’s candidate forum, visit KQED’s website. Not sure if you’re registered to vote or how to do it? Here’s everything you need to know.